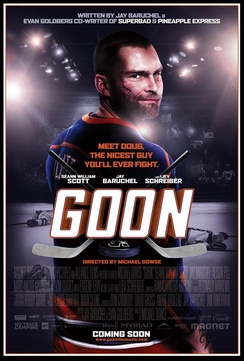 The Stanley Cup playoffs are hitting their stride and if there's one thing that I enjoy as much as movies, it is hockey. My Dad is French-Canadian, which means that I have been playing hockey since before I can walk.

OK, maybe not that long, but my Dad did have me on skates by two and playing hockey on a team by three, so it's too much of an exaggeration. Last week, the hometown Nashville Predators suffered a rather one-sided shellacking at the hands of the San Jose Sharks, so with no rooting interest left, I figured that it would be a great time to combine my dual passions.

Hockey jerseys have not only served as functional wardrobe for hockey movies, but they also turn up in other films as characters seem to enjoy wearing them. Whether it's Happy Gilmore or Wayne's World, the hockey jersey has earned a rarefied status in today's film.

It's not shocking either that my favorite filmmaker Kevin Smith pretty much wears a hockey jersey 24-7. What can I say, hockey jerseys are hot right now and what better way to celebrate their awesomeness than to list the top five jerseys in film?

Ferris' best friend Cameron spends the entire movie traversing around Chicago wearing a Gordie Howe Red Wings jersey. The irony aside that someone would wear a rival's jersey around Chicago, the Howe Wings jersey is classic and timeless. It really does become as much a character in this film and for that reason alone it warrants a place on our list. 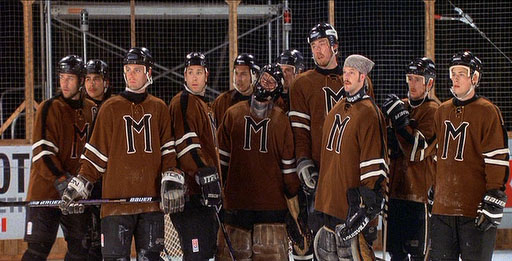 This is perhaps the most underappreciated hockey movie ever made. It's not the best by a long shot, but it's a fun film and the simple throwback M jerseys are iconic in their own right and provide a stark contrast to the traditional New York Rangers jerseys in the film's climatic scenes. 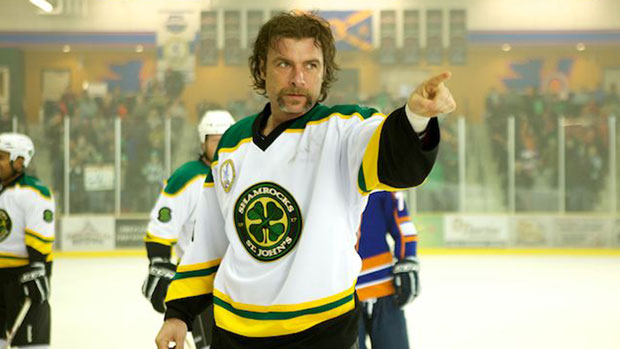 A relative newcomer to the list, Goon is a film that instantly achieved cult classic status with both hockey fans and normal movie goers alike. I'm not going to lie, there is a certain basic primeval violence inherent in hockey and this film does an admirable job to capture it. Much like its spiritual predecessor Slap Shot, the jerseys here are of a throwback style, but unlike the earlier film, these do a better job capturing the spirit of the thing. Extra credit for all the blood. 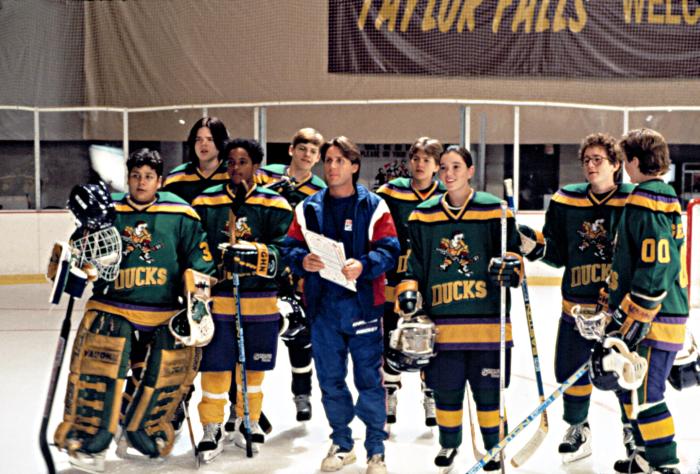 The jerseys from this Disney film were so iconic that they actually spawned a legitimate NHL franchise. The Anaheim Ducks, nÃ©e the Mighty Ducks of Anaheim, have since moved away from the film threads look, but these green jerseys from D2 were some of the best hockey jerseys ever made. I wish the Ducks would use them as throwbacks or third jerseys in the NHL. 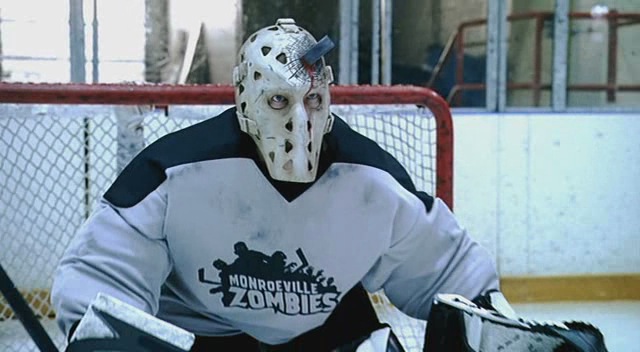 So, how did we do? Which ones did we miss?