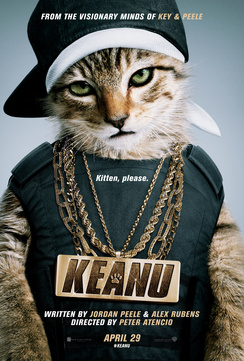 And Summer is officially a go.

Last week, we lamented that it wasn't May yet and today, suddenly, it is May. Funny how time works, huh? This weekend will be the official start to the Summer blockbuster movie season at the box office and they couldn't have picked a bigger film to mark the occasion.

Captain America: Civil War is the latest (and some say best) entry in the Marvel Cinematic Universe (MCU). If there's one thing that we can infer from the past MCU films, it's that they tend destroy the box office. In particular, the Avengers films have both earned over $459 million and are in the top 10 all-time box office chart.

While technically Captain America: Civil War is not an Avengers film, with the amount of superheroes in it, it might as well be. Current forecasts think that it's a lock to surpass $500 million and might even hit $600 million. We weren't that rosy in our predictions earlier in the year, but we also think that we sold it quite a bit short.

What will happen? Tune in here next week to find out for sure. For now, let's close out April with today's Mixer.

Pretty soon, we might just have to rename the box office, Disney's Box Office. The Jungle Book three-peated on top of the box office and it will only be another Disney film, Captain America: Civil War, that will dethrone it. For this outing, The Jungle Book netted an additional $42 million, bringing its three-week total to over $252 million.

The real test to the film's longevity will come this week as it looks to scoop up the majority of non-Captain America: Civil War business. If The Jungle Book can find a way to surpass $20 million, then it should end up north of $350 million.

There were two main contenders to the box office crown, but they both disappointed with their numbers. Keanu finished in third place with $9.3 million, but most estimates had it in the $12-$20 million range. Likewise, Mother's Day bucked the recent trend of holiday movie successes by only making $8.3 million in fourth place.

Both of these films look to get obliterated this weekend and will struggle to make $30 million. While Keanu had a small budget, Mother's Day's budget was almost assuredly higher with its high-profile cast including Jennifer Aniston, Julia Roberts and Kate Hudson. Perhaps this will finally bring an end to these idiotic holiday-named films with big casts. Who am I kidding? Probably not.

Obviously, they will simply fill in the titles later, but it's probably a good bet that a bunch of them will be sequels to The Jungle Book and other high-profile Disney successes.