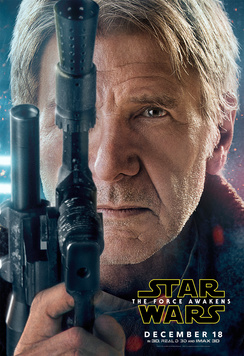 If there was any question who the box office king truly is, this classic advertisement from 1977 still rings true. 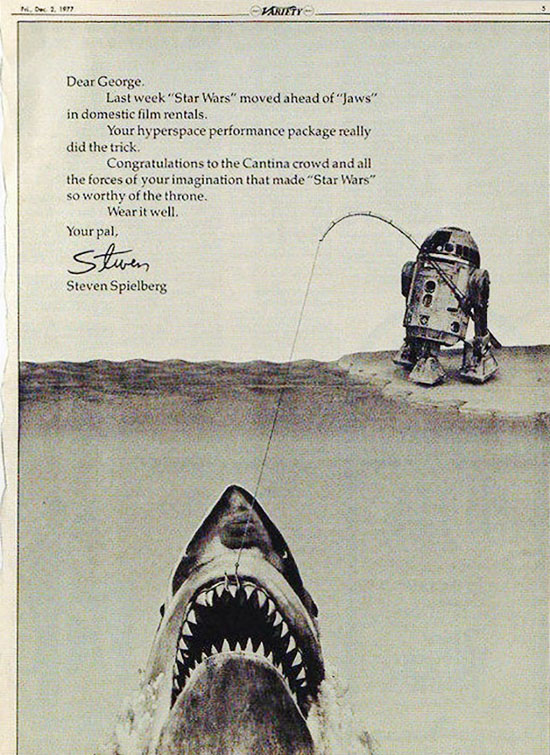 Cue John Williams score. Star Wars was back this weekend and back in a big, bad way.

We all knew it was coming and yet as we wake up this morning, we are still amazed that it was able to be this big. As much as Jurassic World and its $209 million opening was a surprise, the fact that The Force Awakens was able to surpass it was just as surprising.

As we start to recover from the Star Wars hype, it's not too early to start talking about Rogue One. We are within a year of our next Star Wars film after all and only like 521 days until the release of Episode VIII.

But first, let's officially put The Force Awakens to bed.

Last week, we speculated just how big The Force Awakens would have to be to be considered a success. The absolute minimum would have been $210 million and a new record for a domestic weekend opener.

After spending 20 hours in a theater to watch the whole marathon and experience the craziness firsthand on Thursday night, I knew that the record was toast. As of right now, the official estimate is $238 million for the weekend, but this morning Bill Iger has upped the estimate to $247 million which is just massive. When the actuals come out later today it might even make it up $250 million.

My guess all along was $225 million and I thought I was being a bit optimistic with that number. By this weekend, the film should be well over $400 million and it should only be a matter of time before Tim is buying me a Blu-ray of my choice. We are still in uncharted territory here as repeat viewings will be fueling this box office all through January, but if I had to pick a number, I think it will end up in the $850 million range.

We should have a better idea of its final number once next weekend's numbers come in. Remember, we have two full holiday weekends ahead that should really help to drive the business. On the flip side, other films should benefit from all of this foot traffic which is good since there are a ton of films coming out this weekend.

So, how did Star Wars affect the other films opening this weekend? Well, it's hard to tell. Neither Alvin and the Chipmunks: The Road Chip or Sisters mustered much business this weekend, but they both outperformed my expectations. I didn't think any other film would surpass $10 million, but they both did so with $14 and $13 million respectively.

For Alvin and the Chipmunks, this fourth installment (four? really? when did that happen?) is a marked drop from the others, but it was to be expected even without the whole Star Wars effect. The good thing for it though is that there is relatively little family competition for the next month, so the holds should be pretty decent, if not an increase or two with schools being out. I'm thinking that Alvin and the Chipmunks: The Road Chip could actually squeak (see what I did there?) out to $75 million which would be impressive indeed.

As for Sisters, I'm not really seeing the same sort of holding power. There's just too much competition for its core audience. It will fade fast and struggle to make it to $40 million. Here's a trivia fact to stow away for another day, on the week that The Force Awakens opened, two Bollywood films (Dilwale and Bajirao Mastani) both debuted in the top ten. I'm pretty sure that's the first time this has ever happened.

If you were curious what all of those "rumors" from people supposedly "in the know" got right and wrong, then you might want to check out this link of 50 Force Awakens rumors that turned out to be completely false.