Monday Mixer: Kong vs. Godzilla, it's going to happen 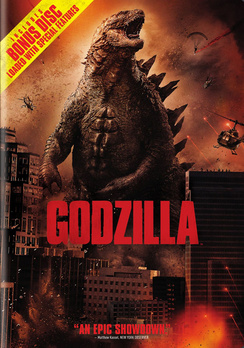 It's been a week or so since last we talked. Holidays and vacations are wonderful things but they leave a mess of delayed work tasks in their wake. Some things take priority and other things make little sense. I mean really, who would read a Monday Mixer on a Wednesday?

But here we sit, another new week dawns and it's one that we have been waiting for for a long time. Football is officially back. If you're a fan of football, you're happy this morning. If you're not a fan of football, well, it also signifies that Autumn is right around the corner and who doesn't like the crisp smell of spiced pumpkin lattes?

Whatever your stance on pumpkin spice, one thing is certain, we have officially entered the post-Labor Day blue period where the search for decent films because very difficult. September has long been a studio dumping ground and this year doesn't look like it will reverse that trend.

I'm not saying that a studio would ever look to distance themselves from an M. Night Shyamalan film, but his track record hasn't been, well, even decent lately. But we're all entitled to fifth and sixth chances, right? Actually, there's less than depressing news concerning Night, so we should probably get right to it, shall we?

In our little sabbatical, War Room managed to sneak up and dethrone Straight Outta Compton in its second week of release. Yes, that's how uninspiring September films can be. So, what would challenge War Room this week?

Two films both turned in solid September openings and for each of them, the performance was at least moderately surprising. In a photo finish, The Perfect Guy took home the top spot with an estimated $26.7 million. Believe it or not, this represents the third straight film starring Michael Ealy to open in excess of $25 million. The Sleeper Cell vet is finally starting to get some traction in films and that's a great thing.

We hinted at it above, but nipping at the heels of The Perfect Guy was the latest offering from M. Night Shyamalan, The Visit. The straight-forward (as much as anything from Night is straight-forward) horror film debuted to a solid 25.7 million. And yet, as positive as this $25 million opening feels, it does represent the second lowest opening ever from M. Night Shyamalan, ahead of only Lady in the Water's $18 million bow.

Still, the budget for The Visit was reported to be in the range of $5 million, so the unquestioned profitability of the film is a monumental step in the right direction for Night. Combine this success with the well-received accolades for his produced TV series Wayward Pines from this summer and M. Night Shyamalan might just have a decent second run in store for him.

Both films look to end up in the $60 million range as they will both drop off suddenly over the coming weeks. The rest of the films this weekend suffered from the opening of the NFL season as no other film made more than $7.5 million. Next week, things actually do look up a bit with a new Oscar contender and a sequel that is on my must-see list.

Fist up, The Walking Dead's Norman Reedus told Vulture of his strange new collectible thanks to a couple of female friends. That's right, he's now collecting breast implants and apparently he wants some more for his collection. I guess everyone needs to collect something, eh?

As you may know, Legendary also produces the revamped Godzilla series over at Warner Bros. so, you guessed it, Kong: Skull Island is going to be a movie monster mashup with Godzilla battling King Kong. Marvel, do you see what you're doing to the film industry? Actually, this sounds OK and at least now I'm sort of intrigued to see this film that previously held absolutely no reason for me to see it.

We found our MALL, y'all! This January, @ExtonSquareMall in Exton, PA will star #Mallrats 2! Thanks, StarStream! #MR2 pic.twitter.com/5zD4cAo9YR

Also, a mostly lifelong hockey fan and persistent EA Hockey player, Smith finally found himself in the game - sort of.

"Hartford? The Whale? They only beat Vancouver once, maybe twice, in a lifetime."

"Hell hath no fury like a woman scorned for Sega."

As both a huge Olivia Cooke fan and a disciple of Ready Player One, this news makes me happy. But I guess that means that she's out of the running for Star Wars: Episode VIII.

Also, since the big day is approaching (October 21, 2015 aka the day that Marty and Doc Brown go into the future to in Back To The Future, Part II), there are plenty of themed events rolling out between now and then. One of these is a brand new behind the scenes documentary and the first trailer is compelling to say the least.