Are you ready? The top 5 football movies 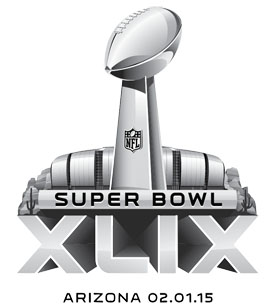 Despite the unseasonably high temperatures, football is officially back this week. After (seemingly) months of meaningless preseason games and more talk about deflated balls than most people care for, the NFL is back tonight. The maligned undisputed sports rating champion in the United States has had a rough go of it lately, but tonight marks an opportunity to wash all of the bad blood away and start anew.

That got me thinking, there have been some really awesome football movies (and some terrible ones as well) and it's only fitting that we take some time out of our busy schedules to appreciate the cinematic homages to the pigskin. I've ranked my top five and I already know that there will be some controversy surrounding this list because it's football and everyone has an opinion.

That's why we have that little comment section down below. It's there for you to sound off and tell me what I got wrong. So, without further ado, here we go.

There's something about football and comedy that just goes together, well, like peanut butter and chocolate. Forget for a minute that I was infatuated with Kathy Ireland growing up which may have helped my enjoyment of the film, there's just so much here to enjoy.

Al Pacino is cast perfectly as the head coach of a professional football team. He does a great job showing the highs and lows of a high-pressure situation and helps to carry this film of stars. It also features one of the best pep talks in the history of sports films. See below.

I know what you're saying, 'what's a Bruce Willis film doing on this list?' I hear ya and to be fair, while Damon Wayans character is an ex-Quarterback, there isn't much football in the film. But, it does feature the absolute greatest football scene in any movie ever, so for this scene alone, it checks in at #3 on my list.

Finally, a non-Warner Bros. title on the list, although you might dispute its inclusion because there isn't actually any football in the film. Don't kid yourself though, the Philadelphia Eagles football team is as much a character in the film as Jennifer Lawrence. OK, maybe not, but still when the outcome of a football game impacts the plot so much, it counts in my book.

For me, it's not even close. It's Rudy and then everyone else. It's not just a great football movie, but it's a classic film and whenever you need a solid pick-me-up, just throw in this film of the underdog who defies all odds to come out on top.

What's a good list without an interesting post-script? Well, I'm not sure this will ever make my top 5, but it's from Angelo Pizzo, the writer of Hoosiers and Rudy, so he has a pretty good track record when it comes to sports movies.