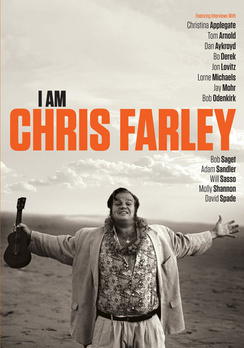 It's funny how some weeks are heavier than others. Case in point, last week we featured ten films that had some truly wonderful films that needed a bit of spotlight shone their way.

This week, the competition isn't so great.

Obviously, there are films released each week and while there are plenty of good independent films out there, many of them make you scratch your head and ask why they were ever made in the first place. The goal of this column remains the same, I am going to pick out the best of the rest as it were.

This week, I think there are five films that deserve to be seen, but for one reason or another they were never released at theaters. Or if they were released in theaters, they only played on a handful of screens and a criminally small amount of people actually saw them.

I'm a big fan of smaller, independent films and I truly believe that some of the best films in the last decade were those that were under appreciated at the box office. With this in mind, I present my weekly CWL.

When your cast is grounded on two sides by Sir Ben Kingsley and Gillian Anderson, then it's a pretty good bet that the film will be pretty good. This SciFi adventure thriller casts robots as aliens who have conquered Earth and enslaved humanity. Thankfully, there is a John Conner equivalent in this story in the form of a boy who may be the key to finally vanquishing our Robot Overlords. The special effects in the trailer look a little low-budget, but I'm hoping the acting chops of the cast will compensate for them.

I am Chris Farley

One year ago today the world lost a comic genius when Robin Williams ended his life prematurely. For some reason, comics tend to fall victim to their vices and we lose their artistry way too soon. Chris Farley was one of those brilliant comics that we lost and his absence is still felt today. His friends and family come together and celebrate his life and the void that his early death has left behind. I'm sure there are equal amount of tears and laughs in this one.

Despite the title getting some unwarranted scrutiny in light of the Cecil the Lion killing, this film is as harmless as it gets, except for your funny bone. Think of it as Ocean's Eleven meets The Crew with Patrick Stewart leading the way. In fact, this is basically Patrick Stewart week with this and the next film. And any film with Patrick Stewart in it is worth a watch.

As I teased above, this is the second Patrick Stewart movie among my recommendations this week and these two films showcase his versatility and range. This one looks like a more dramatic turn as an eccentric ballet instructor whose is being interviewed by a Seattle couple. From the trailer, it becomes pretty apparent that Stewart might be Matthew Lillard's father, but there looks to be another twist or two in the works too. I've really come to appreciate Matthew Lillard's work lately and this looks like another quality performance.

I am Big Bird: The Carol Spinney Story

I grew up on Sesame Street and now I'm happy to say that my children have also discovered the ageless TV show aimed at children. If there's one that I've never really thought about (well save for that whole Elmo mess), it's the people performing the puppets. They are as much responsible for bringing these beloved characters to life as anyone else, and yet, we don't even know their names. Well, that's about to change. I would have never guessed that the same person who originated Big Bird back when I was young is still under the yellow feathers today, but he is. This looks like a fascinating story and I can't wait to see it.