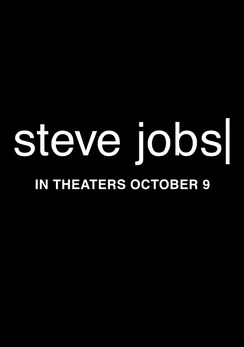 Individuals like Steve Jobs don't come along often. His vision as a technologist and a businessman changed the world.

What does occur more frequently are films about the man. Two years ago we had Jobs where Ashton Kutcher played the Apple co-founder. It was disappointing in a number of ways.

Next up to portray Steve Jobs is Michael Fassbender. He's joined on screen by a strong supporting cast including Kate Winslet, Seth Rogen, Jeff Daniels, and Katherine Waterston. Behind the scenes are director Danny Boyle and screenwriter Aaron Sorkin. Judging by participants alone, this film should be a better examination of the man.

Of course Sorkin is the Oscar-winning writer of movies like The Social Network, Moneyball, and The American President. He's also brought us the political TV dramas The West Wing and The Newsroom. Boyle has an Oscar also. He won for 2008's Slumdog Millionaire. The very capable and eclectic filmmaker also did Trainspotting, 127 Hours, Sunshine, and 28 Days Later.

This first-look teaser trailer doesn't offer much. We get some voiceovers and the back of Fassbender. At the very end we see him in Jobs' trademark black turtleneck shirt and round glasses. Give it a look.

Let us not forget this is the third fictional telling of Jobs' story. Before his return to glory, there was the 1999 made-for-TV film Pirates of Silicon Valley. It starred Noah Wyle as Jobs and Anthony Michael Hall as his rival, Microsoft founder Bill Gates.

The new Steve Jobs film will be as eagerly anticipated as Apple's next iPhone. Whether or not it sells as many units remains to be seen. It hits theaters on October 9.