Pixar gets deep with new 'Inside Out' trailer 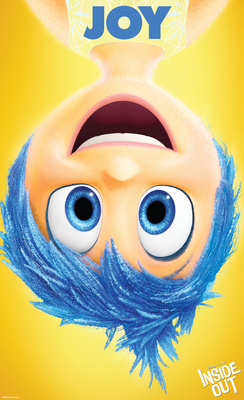 There's a bit of a hidden pattern when it comes to Pixar films and I'm not talking about them all being interconnected and part of some secret Illuminati plot. Because duh, that's so obvious.

No, the pattern that becomes pretty obvious when you remove the sequels is that with each film Pixar is dealing with more mature, grown up issues. For a series of animated films aimed at children, it seems that the underlying message is helping children to grow up and tackle life's great milestones in stride.

You'll also notice that in addition to these fears, there are other mature issues along the way, such as death in Up and the destruction of the environment in WALL-E. The real beauty in a Pixar film though is the way they are able to convey these mature themes to children using rather innocuous and very entertaining stories.

With this in mind, I guess I shouldn't have been as surprised as I was when the first full trailer for Inside Out debuted yesterday. The teasers that I had seen were cute, but I wasn't quite sure where they were going to take the film. After a year off without a Pixar film, perhaps they were just going to give us a film that didn't carry anything more profound that cute voices in our heads.

I couldn't have been more wrong.

It would appear from this trailer that Inside Out is going to tackle the weighty issue of mental health and depression. Under the guise of a potentially traumatic move across the country and perhaps some familial discord, it looks as though Pixar will attempt to connect with children and their turbulent mood swings.

True, after two decades of Pixar films, the audience has grown up and are introducing their own kids to the films, but one has to wonder where Pixar will go from here. Will they reboot and help a new generation cope with becoming an adult or will they simply move on to adult fare full time?

We will start to get an answer to that question when Inside Out hits theaters on June 19.