Best movies of 2015 that you don't know about yet: Dannette's list 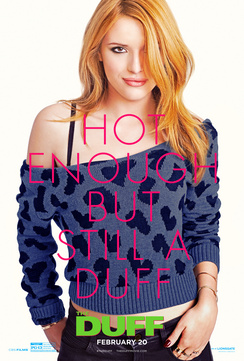 With all of these new installments of our favorite franchises, is there anyone that is not excited for the 2015 movie slate? This is truly the year of going with what you know and love at the movies as it is filled with sequels, prequels, and reboots.

It was a bit hard to find sleepers this year as we really had to weed through the plethora of movies with a #2 or colon after the title. As we started to dig, we were relieved to find that there are going to be many solid reasons to purchase movie tickets for films that arenât always front and center.

If you typically only watch big budget films, I would urge you to plan on seeing a few movies outside of the sequel/prequel/reboot box this year. John, Tim & I have found the best of the films you havenât heard of yet for 2015. Let us guide you!

Mommy is a movie about a tumultuous mother and son relationship. The mother, Diane, must take full responsibility homeschooling her out of control son Steve or send him to a detention center due to a new controversial law that had been passed. With the help of a former teacher in their neighborhood they seem to be getting him on the right path, that is, until he proves to be too much for either of them to handle.

I have always been attracted to lovingly trashy mommy characters in movies, (my fave being Meryl Streep in Marvin's Room) although watching a bratty, out-of-control kid ISN'T fun. (also refer to Leonardo DiCaprio from Marvin's Room). She also dresses a bit like a Long Island version of Erin Brokovich which for some reason has me even more stoked to watch it.

Why it might fail: The director chose to shoot this film in 1:1 aspect ratio (a perfect square) which could be very distracting to watch, especially since you are reading English subtitles.

Mae Whitman plays Bianca, who tries to shift her social status after finding out she has been labeled the DUFF (Designated Ugly Fat Friend). I love a good teen comedy. Although The DUFF isn't exploring new territory, it still looks like something that could be fun to watch.

Why it might fail: The story needs to feel fresh since we've visited this territory before.

In this adaptation of the Philip Roth novel, Al Pacino plays a timeworn actor who ends up in a mental institution after having a breakdown on stage. There he meets and unwittingly starts an affair with a young starstruck girl (Greta Gerwig) who also happens to be a lesbian.

Having trouble separating fantasy from reality, he starts to wonder if she is a figment of his imagination. As the lure of the stage starts calling him back, he has to decide whether it's worth the risk of humiliation if he fails again.

Why it might fail: Coming fresh off of the tail of the highly acclaimed The Birdman, and having many of the plot points fairly similar, I'm afraid The Humbling may pale in comparison.

When a middle-aged couple (played by Ben Stiller and Naomi Watts) meet a young couple (played by Adam Driver and Amanda Seyfried) it renews their spark for life. As time goes on, they start to wonder what the couple is really after. They slowly start to realize that they may have been more content with their life than they had previously thought.

Watching the trailer made me want to see this right away. I may have a tiny obsession with Adam Driver, whose career seems to be exploding at the moment.

Why it might fail: Even with a strong cast, Noah Bambauch's movies aren't always easily palatable to the masses.

Based on a true story, Kate Winslet plays a widowed landscape designer who gets hired by King Louis XIV to transform the gardens of Versailles. She is not terribly welcomed, and soon becomes the center of gossip and deviousness behind the palace walls.

I am a sucker for a good period piece, and I'm hoping this will be a cross between The The Secret Garden and Dangerous Liaisons.

Why it might fail: Even when they are well done, period pieces are not for everyone and don't typically sweep the box office.

RTK is about a washed up music producer who thinks he has found his last shot at a comeback with a talented young girl from Afghanistan. When a jilted ex-boyfriend finds out about her impending success, he decides to oppose her and give his own talent a shot.

Why it might fail: Films about fictional singers seem to go in the so-so category quite often. American Dreamz, Music & Lyrics, Country Strong, Rock Star to name a few.

Meryl Streep plays Ricki, an aging rock star, who tries to connect with her estranged children. Her real-life daughter, Mamie Gummer, plays her daughter Julie in the movie.

It will be interesting to see if she inherited those acting chops from her mom. I am really hoping to see The Runaways crossed with The Family Stone.

Why it might fail: For some reason I am receiving a heavy Banger Sisters vibration...

I have high hopes for this comedy based on a fashion website who brings in an elderly intern. It's hard not to think of Devil Wears Prada when you see that the main character Jules is played by Anne Hathaway.

Seeing that it also stars Robert De Niro and is directed by Nancy Meyers, I am thinking that this will probably be a little more on the heartwarming side. But it also stars Adam DeVine & Anders Holm of Workaholics fame, so I'm hoping for some decent laughs as well.

Two sisters played by Tina Fey and Amy Poehler decide to throw one last bash in the house where they grew up before they sell it. A sneak peek looks a bit reminiscent of the Katy Perry video "Last Friday Night" with some great '80s throwback shots.

Why it might fail: Have you ever watched a comedy saturated with SNL stars in the theater and not think it was very funny, but then you watch it on cable when nothing else is on and decide it is actually pretty cute and funny? I think this has the possibility of falling in to that category.

In Joy, Jennifer Lawrence plays a struggling Long Island mom who becomes one of the country's most successful entrepreneurs. It's directed by David O. Russell and also stars Bradley Cooper and Robert De Niro.

I am really looking forward to seeing J Law play a Long Island mom. You just know she is going to nail it.