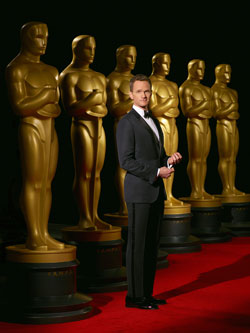 It's a "B"eautiful day, so don't "B"e "B"ashful out there, especially if you're an Oscar-caliber film that features a word beginning with "B" in its title.

It was an extraordinarily good day for Oscar contenders Birdman, Boyhood and The Grand Budapest Hotel. All three films were nominated for Best Picture and were well represented in the top acting categories as well.

Birdman and The Grand Budapest Hotel led the way with nine nominations apiece, while Boyhood fresh off its triumph at the Golden Globes snagged a respectable six nominations. But, the nominations weren't free from controversy and curveballs that will keep us talking between now and February 22.

Despite winning the Best Picture Oscar last year for 12 Years a Slave, there were fresh cries of racism when critically-acclaimed film Selma seemed to be slighted with only two nominations. In particular, David Oyelowo's snub for Best Actor for portraying civil rights activist Dr. Martin Luther King Jr. seems a bit odd.

But this wasn't the only oddity of the nominations. Academy President Cheryl Boone Isaacs had a rather unfortunate flub during the nominations. In naming Dick Pope as a nominee for Best Cinematographer, she mispronounced his last name as "poop." That quickly gave way to the litany of "Dick Poop" jokes and memes on social media and beyond. You have to wonder if host Neil Patrick Harris was taking notes and whether we will see a plethora of "Poop" jokes at this year's Oscars.

Another snub was in the Best Animated Film category where a nomination for The Lego Movie seemed a foregone conclusion. It wasn't though and when the nominations were finished The Lego Movie director and co-writer Phil Lord seemed to take the slight in stride. In fact, he celebrated the snub appropriately like only the director of The Lego Movie could.

It's okay. Made my own! pic.twitter.com/kgyu1GRHGR

In the Best Actor category, Bradley Cooper snagged his third Best Actor nomination in a row for American Sniper, despite that films lack of any Golden Globe nominations. The aforementioned David Oyelowo and Jake Gyllenhaal were left holding the short straws when all of the nominations in this highly contested category were announced.

Overall, it was an odd year that saw Interstellar snag five nominations in the technical awards, but not a single consideration in the top categories. When the smoke clears on February 22, my best guess is that we will see a lot of parity with a number of films taking home four to five Oscars each.

The 87th Annual Academy Awards will be broadcast live on ABC on February 22. The evening's festivities will be presided over by Neil Patrick Harris, which is fortunate because he's demonstrated that he's pretty adept at handling things when the proverbial "Poop" hits the fan.

The full nominations are listed below.

The 87th Annual Academy Awards will be held Sunday, Feb. 22. The awards ceremony will be hosted by Neil Patrick Harris.