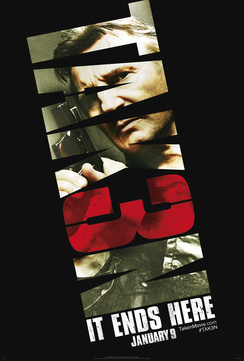 Another year, another Taken film.

At least that's what it feels like ever since Liam Neeson discovered the fountain of youth and applied it to his career in 2009 to reinvent himself as a geriatric action star. While the fad of watching aging action stars overcome the rigors of old age while they apply Bengay to their aching muscles has mostly passed (see The Expendables 3), no one has bothered to inform Mr. Neeson.

In the third chapter of the franchise that is averaging just over $140 million at the box office, the antagonists bring their beef with Liam Neeson and his family back to his homeland, the good old USA. This forces Neeson's character to combat two enemies, the actual bad guys and U.S. law enforcement, including the L.A.P.D. and the FBI.

You know, because when you go to exotic locales and kill a bunch of people the local authorities barely bat an eye. Anyhow, the rules have changed as you can see in the first 30 seconds of the trailer.

Oh wait, that was the trailer for A Walk Among the Tombstones. My bad, it's an honest mistake, really.

Oops, that's Non-Stop. Although, if you think about it, Non-Stop could actually work as Taken 2.5. I mean, they all have to fly home after the end of Taken 2, right?

Speaking of Taken 2. Really, I promise this is the right one.

See, I got it... eventually. As you can see from the trailer, Neeson's wife is brutally murdered and he's framed for it. Then the film transforms into The Fugitive. Man, Hollywood really needs to go back and find the well of new ideas. Taken 3 hits theaters on January 9, 2015.