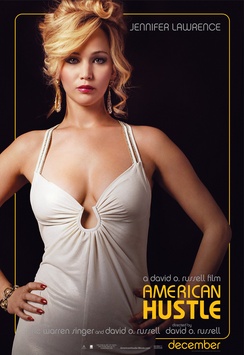 I find any excuse to use this poster

Should old acquaintance be forgot,
and never brought to mind?

OK, that's about as much of Auld Lang Syne that I know and I'm betting I'm not in the minority with that nugget of information. But when you hear that song, you know to start looking for falling balls and someone to kiss.

For movies, it's time to start anew with a clean sheet. A whole year's worth of box office awaits and nothing is set in stone. Oh sure, some things are more of a sure thing than others. I'd bet the house that the latest Hunger Games film will break $300 million at the box office, but I don't know if I would wager a cent on any other film out there.

Speaking of, it's time to wrap up and put a bow on 2013 as the last weekend in the year was anything but predictable. Sort of like the year that preceded it.

Santa delivered five new films at the local megaplexes on Christmas day, but only The Wolf of Wall Street managed to crack the top five films over the weekend. That's not to say that those new films didn't make decent coin over the extended weekend. For instance, The Secret Life of Walter Mitty and 47 Ronin joined The Wolf of Wall Street with over $20 million in their respective coffers this morning.

The real story of this past weekend though was the resilience of holdovers The Hobbit: The Desolation of Smaug and Frozen. Hobbit: Part Deux continued to reign at the top of box office for the third weekend in a row. While that feat matches its predecessor, the sequel is still tracking about 15% behind the original film. If these numbers hold then we can expect Smaug to end its run with about $260 million.

On the other hand, Frozen continues to dominate in the vast wasteland that is family films these days. Without any serious competition, Frozen is actually seeing its weekend numbers increases from week to week. With the next family movie not due to hit theaters until The Lego Movie in February, Frozen is a lock to break $300 million and might even crawl upwards from there. Talk about a truly unexpected hit for Disney which had it making $200-$225 million with their most rosy estimates.

Grudge Match and Justin Bieber's Believe were also-rans that barely got out of the gate. For Grudge Match, that's a bit disappointing as the Rocky vs. Raging Bull idea was interesting and novel - two decades ago. Now, I just think it's a film whose target demo found themselves six feet under by the time this movie finally came out.

As for the Bieber, it seems that my Christmas wish did come true and the Bieber fever finally found a cure. I don't have anything against the guy personally, but I do think that we will all be better off if we quickly move beyond this moment in our lives.

Well, that's about as much effort as I can put into the MMM this morning. I'm sorry, it's been a long week off and I'm still getting caught up with the goings-on in Hollywood myself. I promise, nay I resolve to have a better offering next week to kick off 2014.

Until then, watch the ball drop and Mix Well!