The Art of the Tease: Nolan's 'Interstellar' trailer 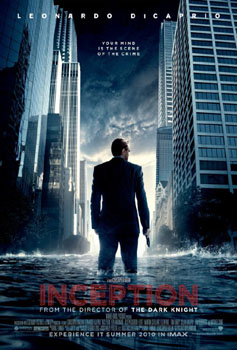 It's no secret that I absolutely adore Christopher Nolan's films. They just have a way of capturing your imagination and taking them places that you never even knew existed and then bringing you back to try and sort out the last two hours of your life.

They really are small adventures that leave you changed and really, what more could you ever want from a film? The problem facing Nolan is one that successful filmmakers face all of the time, how do you follow a huge hit (Inception)? The answer, for him at least, is with the film Interstellar.

For those of you bellowing that The Dark Knight Rises was his follow-up to Inception, I have to respectfully disagree. I think most people will look back at Nolan's catalog and parse out the Batman films to stand on their own. While sure, he had creative input on these films, they weren't his original ideas and, for me at least, this makes a difference.

I think there's a lot riding on Interstellar in terms of Nolan's future and so this weekend's release of the teaser trailer was quite the event. Of course, if there's one thing that Nolan does not have to perfect, it's his ability to cut a teaser trailer, or trailer for that matter. Here's the Interstellar teaser, the latest in a long line of good trailers.

We don't know much about Interstellar yet, but what we do know is practically not even brought up in the teaser. But that's the genius of it. The film has been described as a Sci-Fi film, but those type of films tend to immediately turn off a certain audience segment. With this teaser, Nolan touches upon the nostalgia of space travel and hints that true to its name, this film will take place in space. Of course, the 5 seconds of film footage that we do see from Interstellar all take place on this planet and pretty only features Matthew McConaughey driving a beat-up truck.

Perhaps this is a metaphor to a point later in the film when McConaughey will be piloting a beat-up spaceship. It's possible and could offer more significance than we think at first glance. Take the Inception teaser trailer for example.

Aside from the ominous soundtrack, which is a fine tease of the amazing soundtrack in the film itself, there's not much given away in terms of plot. I see a trend developing here. However there are two interesting take aways from the teaser. The first is the warped hallway fight glimpse that clues you to the idea that there's more going on than you might first realize. The second is the shot of the top spinning and falling.

There was so much made about the sudden ending of Inception and the spinning top. Did the top stop spinning, signifying that Cobb had truly escaped his mind's imprisonment. Or did it keep going, hinting that his reunion with his kids was truly just in his mind? This single sequence has been debated ad nauseam and frankly, I like the idea that it no longer matters to Cobb. He's relinquished the top's power over him and doesn't care one way or the other. He's happy where he's at, no matter where that might actually be.

Consider for a moment if this teaser trailer is actually a clue. The first shot in the trailer. The first thing we ever see from this film is the top falling down. What sort of awesome symmetry would it be if this shot was meant to be taken to mean that the top does fall down at the end? That the opening and ending salvos are linked, albeit from trailer to film? That's incredible to think and certainly something that would be in Nolan's capabilities as a filmmaker.

Either teaser trailers weren't as widespread back in 2006 or people weren't as excited about young filmmaker Christopher Nolan's next film The Prestige (probably both were true), but I couldn't find teasers to any of his earlier films. But I've decided to include the trailers I could find for his films just because.

The bottom line is that Nolan is a true artist and I think we'll circle back to this Interstellar trailer in a year with fresh perspective. Either way, I'm pretty excited for what lies ahead.