Trailer for the 'RoboCop' remake is here to save us 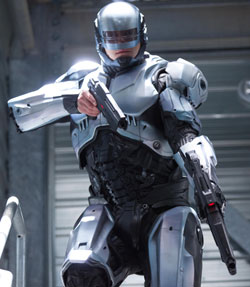 I really doubt anyone is eagerly anticipating the upcoming remake of 1987's sci-fi/action flick RoboCop. I believe we've all kept our expectations in check, assuming it will be yet another disappointing re-imagination.

The just released trailer may just change your mind. It certainly did mine.

Even if you missed the original, you probably know the story. A cop in the near future is critically injured. He's saved from death and turned into an android crime-fighting machine. The film was successful enough to produce two direct sequels and several forgettable made-for-TV and/or made-for-video installments.

This new movie reboots the series in a new yet very familiar way. Take a look at the trailer. You know you want to.

Perhaps your first response is the same as mine: how'd they get such a good supporting cast? Gary Oldman, Samuel L. Jackson, Jackie Earle Haley, Abbie Cornish, Marianne Jean-Baptiste, and Michael Keaton are all solid actors. Heck, Gary Oldman is probably in the top 10 of actors working today. No offense, but what are they doing in this movie?

Speaking of Oldman's inclusion, that's the other thing I thought of watching this. It all seems very Batman-ish. This RoboCop has dark vibe than the somewhat campy original. Painting RoboCop's suit black makes it look Dark Knight as well.

That comparison aside, this movie does look promising. It's been forever since I've seen the old version but I do not recall the protagonist's struggle between human and machine that this trailer indicates.

Oh, if you're wondering about the man in the suit. It's Swedish-born actor Joel Kinnaman. He's had roles in TV's The Killing as well as Safe House and the American The Girl with the Dragon Tattoo. He had a head-turning performance in the Swedish action film Easy Money in 2010.

What do you think? Does this trailer have you excited for the film? This new RoboCop is set for release on Feb. 7, 2014. 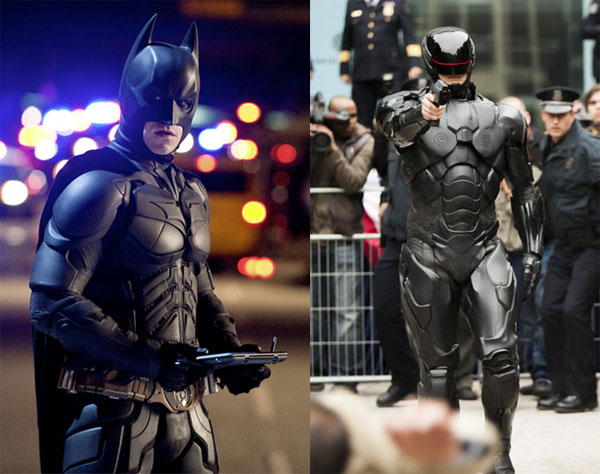 Do you see any similarities?