What you missed at Comic Con 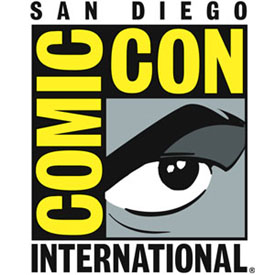 What follows is an exercise in futility. There's no way possible to somehow condense four magical days into a single news story. The challenge is even more difficult given that I have never set foot in the San Diego convention center.

While that's something that I hope to correct some day, it doesn't do me any good right now. But, I'm a trooper and thanks to the near immediate news proliferation engine that is social media, I felt like I was there every chance I had to check Twitter this weekend.

Once a lowly comic book convention, the San Diego Comic Convention (or Comic Con in the parlance) has exploded in the last decade or so, matching the meteoric rise of comic book movies themselves. Once a bastion of comic book artists, you are now much more likely to run into your favorite film and TV actors than an actual comic book artist.

It's mecca for the geeks and for one weekend in July, it's the epicenter of everything that is geek cool. The movie studios, realizing this marketing potential, have long ago co-opted the event and that makes it even more topical for our site.

Without further ado, here is a quick primer of the big news that came out of San Diego this weekend.

Comic con has largely been owned by Marvel recently when it comes to film related news. Thanks to everything leading up to and including The Avengers, it wasn't even a close fight with their biggest rival DC.

That all changed with the utterance of three simple words: Superman vs. Batman.

In one cataclysmic shift, DC leveled the playing field and for the first time in many years, they were the talk of the Con without question. If you want to get all of the news that's fit to print please check out this Variety article as they do a great job of summarizing everything that we know as of right now.

Or, you can pretend like you were sitting in Hall H and watch this video of the event as it happened, complete with a logo reveal.

If you're thinking that this all sounds a bit familiar, then perhaps you've seen I am Legend one too many times. It seems that there was a movie poster for a Superman vs. Batman film seen in that movie that was supposed to come out in 2010. No, really.

We also know that they will be re-casting Batman and that this will not be set in Christopher Nolan's Dark Knight universe. As it is the direct sequel to Man of Steel, Henry Cavill is set to reprise his half of the titular role.

What's even more crazy (if you can believe it) is that they announced that Man of Steel II: Superman vs. Batman will be released in the summer of 2015. As you already know, we are predicting 2015 to be the biggest year ever at the box office - and that was before this film dropped into the crowded schedule.

Seriously, Man of Steel II: Superman vs. Batman vs. Star Wars: Episode VII vs. The Avengers 2 just might be the biggest box office battle ever waged.

Before those three little words rocked their world, Marvel was having a pretty decent Con themselves. They recruited Joss Whedon to do what he does best and that's to give geeks chills that last for months.

The first major reveal was the full title for The Avengers 2 or should I say The Avengers: Age of Ultron. Now, being the comic book novice, that doesn't mean much to me other than it sounds like Voltron.

It turns out that my supposition wasn't far off. I turned to my little Marvel Wiki cheatsheet and I see that Ultron is a robot, or more accurately a series of robots that serve as a major nuisance to the Avengers. Interestingly, some of them have been constructed out of adamantium, you know that special metal that is all up inside The Wolverine.

Anyhow, that sounds pretty neat, but I know there are a faction of you out there that will be upset that Loki isn't going to be in The Avengers: Age of Ultron. For you, I give you this little video in which Loki shows up in character at the Thor: The Dark World panel.

One film that was a bit of surprise in terms of getting good buzz at Comic Con was the remake Robocop. They showed the first footage from the film and from almost all accounts, the footage was spectacular.

Of course, this could have simply been due to the news that broke late last week in which the city of Detroit filed for bankruptcy. A key element in the original film (and the remake) is the deplorable conditions in Detroit that made a Robocop reality a viable one. Or maybe this is just a case of life imitating art?

Now, I've searched high and low and somehow the footage hasn't leaked online yet, but be sure that we'll update this story when it does. Until then, you can watch the Q&A portion of the panel below.

X-Men: Days of Future Past

In sort of Marvel news, X-Men: Days of Future Past had a pretty good Con as well. Not only did they have one of the most star-studded panels at the Con with almost the entire cast on stage, but they also had a pretty impressive presence around San Diego as well.

One of the key reveals was the inclusion of Sentinels in the new film. They even had a booth set up outside the Convention where you can see the designs of the Sentinels up close. Our good friends over at /Film have a good write up on it complete with pictures.

Check it out and in the meantime you can see the entire panel below.

I include this because it's definitely one of the best things I head out of San Diego this weekend. X Files actress Gillian Anderson mentioned that she'd be interested in making a third film starring her Agent Scully and David Duchovny's Agent Mulder.

No word if that will actually happen though. My fingers are crossed, I want to believe.

And finally, I leave with this. The people behind Veronica Mars: The Movie got together and created this little sizzle reel that includes a sort of first look trailer for the Kickstarter funded film.