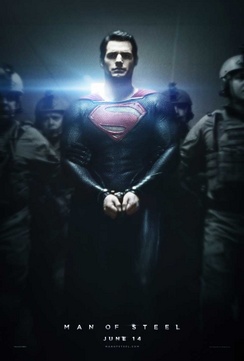 I know that it's been a hot minute since the last time we checked in with a Project 52, but don't worry I'm still watching films. Of course, at this rate, we're going to have to end the year with four Project 52s a week just to make my goal.

The sad thing is that my time isn't going to free up anytime soon, what with a new child on the way in the next 6 weeks. But, I'm a man of my word and I will get to 52 movies one way or another.

This one was a film that we actually got to get out and watch in theaters. The whole act of going out to see a film in a theater has become such a rare treat these days that we have to be picky.

Believe it or not, my wife was the one most excited about seeing Man of Steel. It's not that I didn't want to see it on the big screen, it's just that I felt almost betrayed by the more recent Superman films and I didn't want to have to suffer through it all over again.

Thankfully though, we chose wisely and while Man of Steel is far from perfect, it was an enjoyable popcorn flick and seeing it on the big screen certainly enhanced the film more than had we simply seen it at home.

Insert all the usual caveats here about my lack of comic book geekery, my history with the character goes back to the Richard Donner Superman films of the late '70s and '80s. Right or wrong, that's a pretty good indicator of the breadth and depth of my Superman knowledge. Thankfully, my wife's knowledge in the character is much more extensive and actually draws all the way back from the source material. 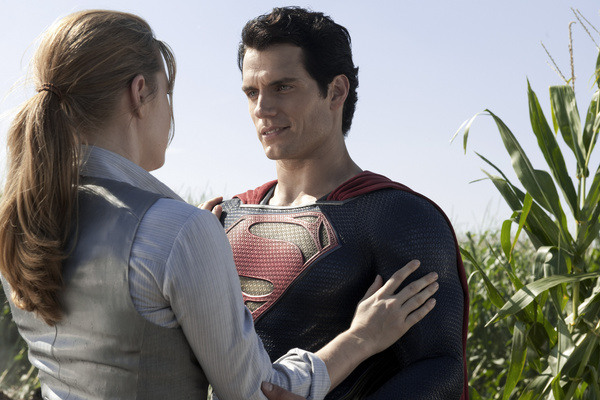 Right off the bat, I was impressed by the amount of time they spent developing the story of Krypton. Again, I'm not sure if the whole internal politics of Krypton and their decision to move to artificial breeding instead of traditional child conception was true to the books or not. My go to here, Tim, says that not much was talked about Krypton initially, but that it might have come out in more recent treatments.

The bottom line is that I'm not sure if the whole concept of Kryptonians deciding that the best way to evolve their species was to take child conception out of the hands of everyday people and basically create babies in a lab with programmed life goals were new or not, but it made for a fascinating story on screen. It suddenly humanized Kryponians in a way that I never thought of before. Their destruction and their reality could be a possible future of Earth and humans. You only have to look around and see the tremendous technical advancements of the last 30 years to realize that the filmmakers were clearly trying to make this point. 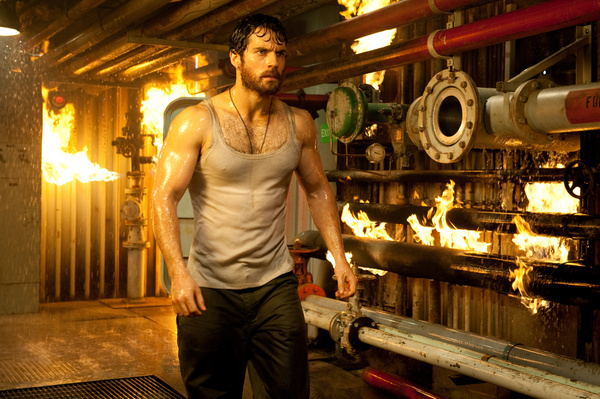 On the other hand, if you weren't looking for an origin story and simply wanted to get into the throes of a Superman adventure, then I'm betting the film seemed tedious and slow to you. Although, I will say that I enjoyed their decision to follow a non-linear path in the way they told their story. Had they simply gone the traditional route, I think it would have made the film unbearable even to someone like me who was gobbling up this origin stuff for the first time.

Case in point, Superman's ship lands on Earth and they jump ahead like 25 years or so and Clark is on a Kung Fu soul-searching journey to discover his origin. Again, this seems to be a departure from canon and really invoked a Wolverine feel to me. While this makes for some interesting cinematic scenes, it does add an emo edge to the character that really doesn't suit him in my opinion. 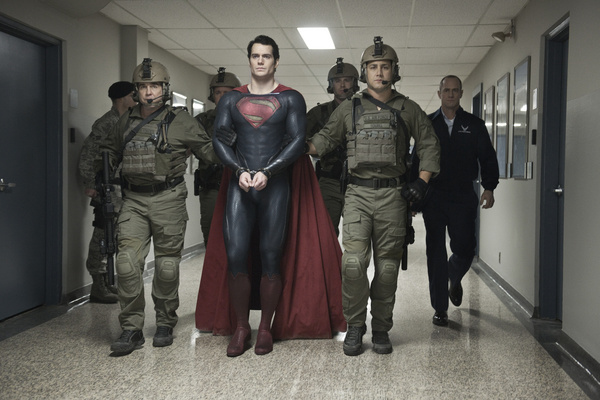 Speaking of an edge, there are many times in the film where it seems that this incarnation of Superman does things that are inconsistent with his character. He kills his nemesis in a very human manner, breaking his neck with his bare hands. Not only is this the first time, I believe, that Superman directly kills someone on screen, but he also allows his own dad (Jonathan Kent) die right in front of his eyes.

As an outsider with no vested interest, I enjoyed this version of Superman, with the exception of letting his Dad die in the tornado. One of the most heartbreaking events in the original Superman was Jonathan Kent dying of a heart attack. There was literally nothing that Clark could have done to save his Dad, which is a nice parallel to the helplessness that he feels over the death of his biological father.

That event is a major character driver in the original film and without it here, we are instead left with a Superman who blames himself (despite Kevin Costner telling him not to save him) for his father's death. This decision leads to all sorts of distrust and misconceptions that while probably more realistic for today's audience, are pretty much in direct opposition to the values that the character has always been held to.

There are two things that I hated about this film. The first is the blatant product placement in the film. I mean I shouldn't be too surprised since wrote a piece on it just last month and yet here I am mentioning it in this writeup because it was so blatant and egregious. There's a great writeup about it here, so I won't belabor the point, but having a Sears suddenly show up on Smallville's main street was absurd.

And, apparently, Superman is a Kansas City Royals fan. This is good though, because they need all of the fans that they can get.

The other thing that bugged me was how they really bent over backwards to turn him into a Christ-like figure. Everything from his self-sacrifice to insure humanity's survival to the very blatant Superman as crucified Christ escaping Zod's ship in space was just too much. I liked the aspects that were less about religion and more about aliens. 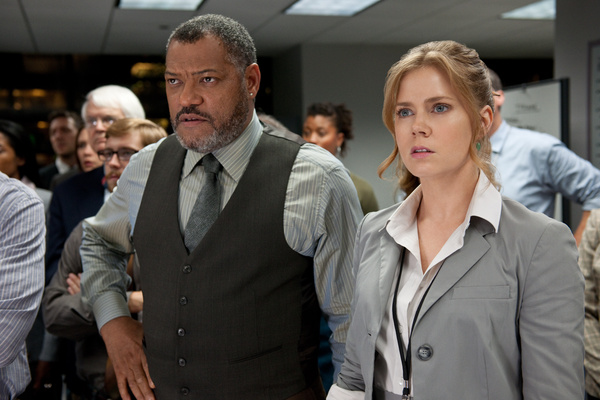 In essence, it's a story of an alien coming to this planet and learning to co-exist with humans. Zod's invading aliens provide an excellent contrast to Superman's attempts to simply fit in. Michael Shannon was great as Zod and I'm disappointed to know that we won't see any more of him in the films.

Amy Adams also gives a pretty decent portrayal of Lois Lane, if not about a bit too much on the side of being agreeable. As for Henry Cavill, my wife echoed the female deputy's corniest line of the film, "he's pretty hot."

Is the film perfect? Of course not, but it is enjoyable and a marked improvement from recent versions. For that reason, I give it a straight.