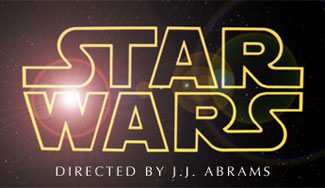 Do you hear that? The faint hum of construction crews building new megaplexes? Well, if you don't hear it now, you soon will because they are going to have to build so many new theaters just to accommodate the mass of people who are going to rush to theaters in 2015.

Remember last year when I said that 2012 was going to be the best Summer ever? Well, just like Battleship I missed the boat and while 2012 was a very solid Summer, it was actually a bit down from 2011, let alone reaching the heights of the early 1980s.

I'm not a guy to let something like that keep me down. I own it. I was wrong, but I've got two new predictions that I think are sure bets.

The first part of that prediction shouldn't be too difficult to pull off. With the rampant rise of ticket prices over the last decade, it's a given that the total box office will continue to rise. The upcharge for 3D showings, while on the decline, will still factor in to make sure that 2015 is the highest grossing year on record.

It's the second part of the prediction that will be the true feat for 2015. While the last dozen years make up the top 12 grossing box office years of all time, we are currently far from the heights of total tickets sold during the early 2000s. So, this is truly the most controversial part of the prediction.

Of course, thanks to inflation and the 3D ticket premium mentioned above, if I hit this part of the prediction, I'm pretty much guaranteed to meet the first part. So, how will we sell over 1,575,700 tickets? That's easy, Star Wars: Episode VII.

Star Wars: Episode VII will not only be the highest grossing domestic film of all time (sorry Avatar), but it will also be the first film to surpass $1 billion in domestic box office business. Yeah, let that sink in for a minute.

I'm predicting that Star Wars: Episode VII will do approximately 33% more business than Avatar. Now, I know what you're saying and I'm not crazy. Not only do I not buy the argument that the prequels will cause a box office backlash for Episode VII, but quite the contrary there will be even more demand for Episode VII than there was for Phantom Menace.

Why do I think that you might ask? Well, the biggest reason is George Lucas' lack of involvement. Sorry George, I loved your films, but if the original prequels and Kingdom of the Crystal Skull taught us anything, it's that it's time to get new blood in the water.

And speaking of new blood, how can you not be excited by the addition of Academy Award winner Michael Arndt writing the script and geek super freak J.J. Abrams directing? Hell, given what Abrams did with the Star Trek franchise, we might even see some Klingons and in line for Episode VII.

I know this prediction is a stretch, but I also think that given everything going for it and the above points about inflation and 3D ticket prices, Episode VII has a real good shot of going where no movie has gone before. Damn, I know I'm going to get hate mail from the Trekkies now.

While I'm confident in Prediction #2 and if I get that one right, then Prediction #1 is a no-brainer, I'm not putting all my eggs into the Star Wars: Episode VII basket. Have you looked at the release schedule for 2015 lately?

With yesterday's announcements by Fox (Independence Day 2 on July 3, 2015 and Peregrine's Home for Peculiars on July 31, 2015), I count no less than 10 films that could surpass $400 million in box office receipts. Now granted, there will be plenty of jockeying around with release dates and this entire argument hinges on Star Wars: Episode VII being ready for 2015, but I'm pretty sure that regardless 2015 is going to be massive.

One film that I purposely left off of this list is the Justice League of America movie. The word out of Warner Bros. is that they are planning to get it done by 2015 to compete mano a mano with The Avengers 2, but I just don't see that happening. Of course, if it does it only makes my first prediction that much more likely.