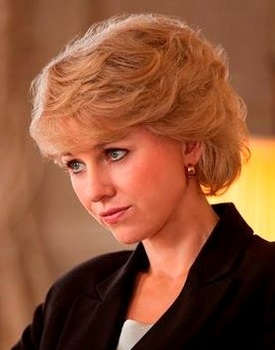 While we officially kicked off the Oscar Watch for 2013 in May, this is the first look at one of the leading contenders for Best Actress. By all accounts so far, the Best Actress Oscar is Naomi Watts' to lose this year.

Not only is she a talented actress with two Oscar nominations already under her belt, but she's portraying one of the world's most iconic figures of the 20th Century, Princess Diana in the biopic Diana. Last year, Watts was nominated for Best Actress for her turn in The Impossible that many thought would lead to her first win, but she ultimately fell to the whirlwind that was Jennifer Lawrence.

For those of you hoping to see royal dynamics play out on the big screen, you'll be a bit disappointed. Diana takes place over the final two years of the popular princess' life in which she became a champion for many causes while she tried to balance the paparazzi that would tragically end her life abruptly with her private life and budding romance with a heart surgeon.

The teaser trailer is just that and focuses almost solely on Naomi Watts, who looks like she was made to play this role. Diana was recently picked up for U.S. distribution by Entertainment One and they indicated that it would be released late this year in time for awards consideration.