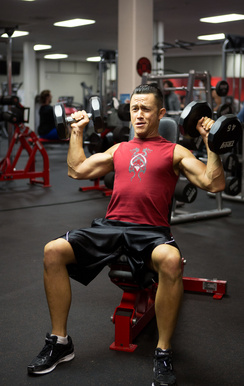 Joseph Gordon-Levitt, or JGL for short, has been acting forever, but it's only been the last five years or so where he's really gone supernova. So, I suppose it shouldn't be too surprising that he's finally branching out into writing and directing.

And to be honest, I think it's a gamble that is going to pay off for the talented actor/writer/director. Although speaking of Boogie Nights, it's hard not to draw comparisons when you see Julianne Moore in the trailer and then get blasted with Marky Mark and the Funky Bunch's "Good Vibrations" at the end.

I'm sure the choice was intentional and it's quite awesome. Also awesome is confirmation that Tony Danza is still around. I was a huge Who's the Boss? fan growing up (for other reasons naturally) and it's refreshing to see him turn up in a nice, juicy role.

The one thing that might be a bit much for some fans will be the thick accents being sported by JGL and co-star Scarlett Johansson. It's a bit shocking at first and perhaps a bit off-putting, but by the end of the trailer, I'm on board 100%.

Bonus points if you're able to spot Anne Hathaway and Channing Tatum in the trailer. Don Jon is set to hit theaters on October 18.