Monday Morning Mixer: S.H.I.E.L.D.'s up for an understudy MMM 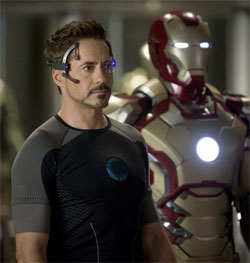 I have no idea what I'm doing here.

The Monday Morning Mixer is John's domain but he's on vacation for the week so I thought I'd step in and take swing -- or swig as the case may be. I'm currently guzzling my caffeinated drink of choice and surely you are as well. Hopefully I can serve as a worthy replacement for my partner in crime until he gets back next Monday. (John, you are coming back, right?!)

Let's get into it. Here is your weekend recap and a look forward to this week. Please go easy on me in the comments.

Iron Man 3 is ruling the box office with a... ahem... iron fist. In its second weekend in theaters, the third installment in Marvel's Tony Stark franchise brought in a cool $72.5 million. Of course that's down from its solid debut of $174.1 million. I guess people still want to see the great Robert Downey Jr. being Robert Downey Jr.

The Leonardo DiCaprio starrer The Great Gasby opened with $51.1 million. A respectable tally for a period film based on a famed American novel. For those of you scoring at home, Stan Lee and Jack Kirby just won the battle over F. Scott Fitzgerald. In your face, high school literature teachers!

The other big opening this weekend was Peeples, the Tyler Perry produced comedy starring Craig Robinson and Kerry Washington. Its $4.9 million take wasn't on par with Perry's usual $15-$20 million openings but still respectable given the competition. Another comedy, Pain & Gain, edged out Peeples with $5 million to finish just ahead of it in third place.

This coming weekend sets up a massive showdown at the box office. Star Trek Into Darkness opens on Thursday -- yes, Thursday -- to get a head start on what is sure to be a big brawl against Iron Man 3. With this renewed franchise still going strong and the Star Wars crossover appeal of director J.J. Abrams, Star Trek should end Marvel's reign. I'm banking on a $90 million opening.

Speaking of Marvel, the big tease of this past weekend was a tease of the Joss Whedon-produced TV series Marvel's Agents of S.H.I.E.L.D. (Oh, how I loathe typing "S.H.I.E.L.D."). Clark Gregg returns as Agent Phil Coulson for this small screen show based in the Marvel Comics Universe.

Take a gander at the too-brief, 30-second preview below. People are already dissecting the footage with a fine-toothed comb. For instance, could that be Luke Cage?

I guess I don't have John's stamina so I'm just gonna leave a few other entertainment headlines here for your enjoyment. They should catch you up on the weekend in case you were entombed in some hyperbaric chamber for the past 48 hours.

'Arrested Development' Trailer: The Gang's All Here - AD fans have 90 seconds to get them to the show's Netflix return at the end of the month.

Meyers to Succeed Fallon on NBC's 'Late Night' - The Late Night hosting duties will pass from one SNL Weekend Update host to another in February 2014.

Barbara Walters to retire from TV journalism - Can she take 'The View' off the air with her?

OK, now how is it that John ends these things? Well, mix! No, that's not it. Have your pets spayed or neutered. Not right either. Mix well drinks. Close but still not it. Oh, here it is... Until next week, Mick's Well! 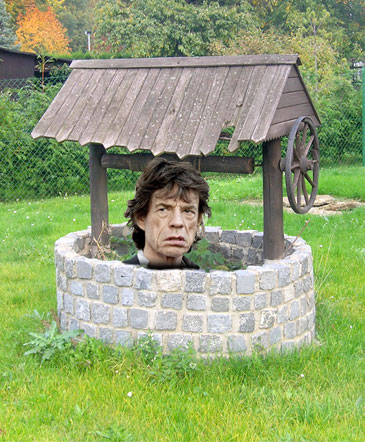