After Zach Braff and Veronica Mars: Will Kickstarter destroy Hollywood? 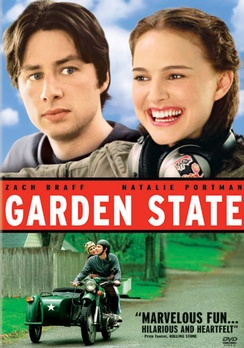 Hollywood is at a cross-roads. For the longest time, it was the only place you could go turn to if you wanted to make a professional motion picture. Basically, the cost of the technology was an insurmountable barrier to entry to the film making business.

As such, the studios held great sway over what films would be made and who would star in them. Remember way back to the Golden Age when studios literally owned actors and "loaned" them out to other studios on a film-by-film basis? Well, we've come a long way since then, and yet the studios and, by extension the financial backers of their films, are scrambling for more and more control over the films themselves.

In the old days, studios yielded many of the creative decisions over to film makers such as Alfred Hitchcock, Frank Capra and Orson Welles and all they did was create some of the best films ever made. Flash forward to the present and technology has advanced to the point that pretty much anyone with a smart phone can create a film. And yet, it's still expensive to make and market a Hollywood film.

Kevin Smith has been over this a million times and I can't possibly add anything that he hasn't already shared. Basically, the studio will finance a film and they they will double the production budget in marketing and post-production costs. Naturally, since it's their dime, you better believe that they will have a big say in every step of the process.

There's many different arguments here ranging from the loss of creative control of your project to never realizing a profit because the studio sinks so much unnecessary money into marketing a film that it basically guarantees that the studio will be the only ones seeing a profit.

For Red State Kevin was able to cobble together investors who would allow him to keep complete control over his project and add his own money to the budget to get his film made. He then four-walled the film across the country and made a profit before he sold the home entertainment rights.

That approach worked for Red State because the budget was small enough and Kevin's fan base was large enough to make the film work. Unfortunately, that approach doesn't always work.

Kickstarter is a crowd-sourcing solution that allows creative types to raise funding for their projects from backers who donate money to the project, sometimes with the promise of rewards. The website supports film, music, art, comics, fashion, publishing among a myriad of potential projects.

The idea behind Kickstarter was simple, connect creative people who need money to complete their projects with people who are willing to support projects that interest them. You may recall that we wrote about a Terminator/Shakespeare mashup Kickstarter project.

I personally supported that project and since it was a local Nashville production, my wife and I attended the performance and we were quite impressed with the end result.

If the idea behind Kickstarter was simply to help those in need to raise money, then the unspoken spirit behind the initiative was to support those in need of money and not to line the pocketbooks of those who have the money, but are unwilling to invest their own money into their projects.

Notice that I said unspoken. You see Kickstarter isn't a non-profit organization, they are in this business to make money too. Not to get too bogged down in the specifics, Kickstarter takes roughly 5% in fees and whatnot from successfully funded projects.

It's one thing to make $500 from a successful music project that brings in $10,000. It's another thing entirely to make $285,107.65 from the recently funded Veronica Mars Kickstarter Project.

That certainly puts Kickstarter in a bit of pickle. Has the upstart business jumped the shark by letting in mainstream Hollywood types? Or are they simply the local band tasting their first bit of success? Will they sell-out or remain true to their roots?

I don't put the blame on Kickstarter for this. They are a business and their model is to make money. Heck, they can even spin the success of the Veronica Mars Kickstarter Project as an opportunity to keep the site afloat so that they can finance more, smaller projects. And hey, the publicity doesn't hurt either.

You might recall that I bashed the Veronica Mars project quite heavily when it debuted. I absolutely stand by my remarks in that case. Warner Bros. held the Veronica Mars project hostage since they owned the rights to a big screen adaptation. In essence, the studio forced the talent to basically beg their fans for the money when $2 million is a drop in the WB's bucket.

Well, that project is complete and they set a ton of Kickstarter records including total money raised with $5,702,153. That's certainly not chump change.

After Veronica Mars' success, it was only a matter of time before another Hollywood type decided to roll the Kickstarter dice as it were. That day has come with today's debut of Zach Braff's project.

Zach Braff listed a project to help finance his next independent film Wish I Was Here which will star and be directed by the actor. He also wrote the screenplay with his brother. While not technically a sequel to Garden State in story, it does seem to follow the same tone and spirit according to his Kickstarter video (see below).

Zach has set the same $2 million goal as Veronica Mars, but that's where the comparisons end. While Veronica Mars had to raise the funds or Warner Bros. wouldn't make the film, Zach Braff could have the funding for his film any time he wants PROVIDED that he agree to give up final cut and casting choices.

This is a very key distinction and one that I fear will get lost in the coming days and weeks. Already, the haters are out screaming for the head of Zach Braff. How dare he highjack Kickstarter when he could get the money for his film elsewhere? Or kick in the money himself since he's allegedly rich?

Well, the answer is that just like Garden State, he wants to make the film as he envisions it and doesn't want to compromise to a studio or "money people." With Garden State, he was fortunate to have a single financial backer that gave Zach complete control over the film and that's what he wants with Wish I Was Here.

So, unlike Veronica Mars who had to raise their budget and then still relinquish control over to Warner Bros., Zach is using Kickstarter within the spirit of how the site was envisioned: allowing creative types to create the project as they see it.

The only difference is that Zach Braff has some money and is pretty famous, but I wholeheartedly support his desire to have complete creative control over his film. To me, that is the very essence of independent film and something that Hollywood is desperate to stamp out of existence.

It seems that Hollywood is only interested in making the next big comic book sequel and while, yes, there is a place for those films. I still want to believe that films such as Garden State and Safety Not Guaranteed can still be made without compromising the film makers vision.

After all, that's the very foundation of Hollywood. The greats whose names we hold reverently were given creative control and it's time to make sure that we honor them by protecting it moving forward.

I'm not a Scrubs fan and I like Zach Braff, but I don't worship him. I enjoyed Garden State immensely and I'm sure that I will likewise enjoy Wish I Was Here. My wife, on the other hand, is a huge Zach Braff fan and I felt great when I gifted her support in this Kickstarter project for her birthday. She was extremely excited about it, so it was a win-win for everyone.

Remember, you choose where you spend your money and that hasn't changed. I simply chose to spend my money to support creative freedom and vision.