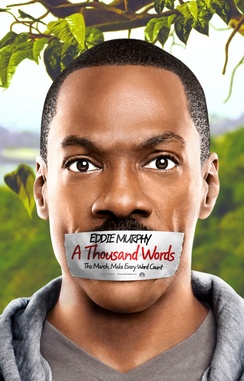 Well, I don't need a thousand words to let you know how I felt about this one. Heck, I probably don't even need a hundred words.

In fact, I think two come to mind that sums up this film quite nicely: it sucks.

Of course, what sort of reviewer would I be if I simply just left it at and went about my day? No, allow me to share the discomfort of this film with you so that you can avoid the mistake that I made.

It's really sad because when I envisioned this project, I really thought that I'd be watching a bunch of great films and most of the reviews would be positive and full of hope for the industry. Instead, it seems that either Hollywood is indeed dead or I need help making better choices in the films that I watch.

In the mid-1980s when he was making his edgy R-rated comedies, there wasn't anyone who could make us laugh as easily as Eddie Murphy. He had his trademark infectious laugh that would get us every time.

These are comic gems against which the future of comedy is held up against to deem if they are worthy. I think Metro was the start of the end for Eddie. He tried to make the leap to action star and failed miserably.

After that, he reinvented himself in the late 1990s and early 2000s as a family-friendly funny man. That was certainly a lucrative move for Eddie as he put together a string of box office hits including Dr. Dolittle, Shrek, The Nutty Professor films, Daddy Day Care and so on.

A not-so-funny thing happened along the way, Eddie Murphy lost his edge. He went soft and suddenly adult audiences couldn't accept him in anything resembling adult fare.

See Meet Dave, Imagine That and Tower Heist. The latter film is particularly troubling because he plays the most adult character that he's played in decades and yet it was almost like a caricature of his former self on the screen. 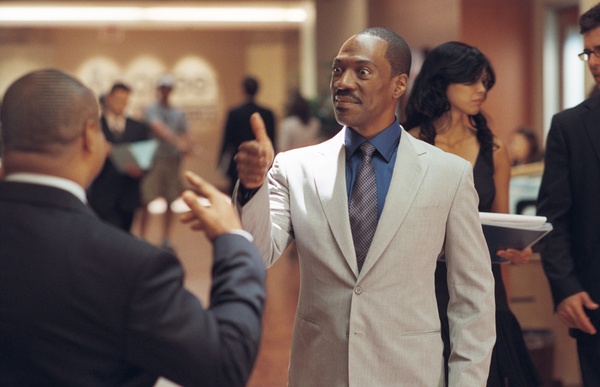 Now, you can add A Thousand Words to the long list of failures by Eddie Murphy to reboot his career. The funny thing is that the film did have some promise, but in the end it just didn't push the envelope at all.

Worst yet, you take the greatest commodity that you have, Eddie Murphy and his fast-talking gift of gab and you intentionally handcuff him by limiting his words. What could have been an interesting take on the age old tale of taking things for granted boils down to just another derivative of every other family comedy.

The problem was that there were fewer laughs than leaves on the tree by the end of the film.

Moving forward, I think that Eddie needs someone like Quentin Tarantino to help get him back to the edgy comic that he was when he got in the business. Until then, we will be left watching the same dud over and over again.

And not even Eddie Murphy can sit through that. At the end of the day, the film is left holding a single pair.