Best movies of 2013 that you don't know about yet: John's list 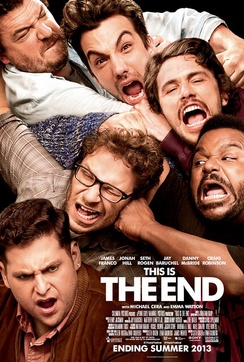 We survived the 2012 Mayan Apocalypse. Well, that and it's time for our annual list of sleeper films that we think might break out into huge hits.

Each year, Tim and I try to come up with a list of 10 films each that we feel are flying a bit under the radar. These are films that for some reason aren't being singled out by the mainstream media for success or they are so far off that no one has bothered to mention them yet.

Well, we say phooey to that. This is film and we aim to shed light on those films that aren't quite huge Hollywood blockbusters. You've seen our projected list of top movies at the box office and really everyone knows that The Hunger Games: Catching Fire is going to be huge.

What we are looking for are those hidden gems. Those Hangovers before you even knew who Zach Galifianakis was. Of course, we did fail to include it on our 2009 list, but we've gotten much better since then.

Last year, I picked out Ted, Argo and Les Miserables, while Tim was astute in shedding light on ParaNorman and Chronicle. Of course, he also picked John Carter which proves that we aren't perfect, but we are improving.

Speaking of improving, Tim and I figured that you were probably a little weary of just getting a male perspective of the sleeper films, so we recruited our good friend Dannette to compile a list of her own. And if you think her list is going to be all weepy criers like The Notebook, you're in for a fun awakening.

She did a great job, but first I'm going to share my list, then Dannette will make her debut, followed by our closer Tim. Naturally, we'll make more than our fair share of mistakes, but we'll also knock some out of the park.

As with anything only time will tell. Be sure to chime in and let us where we went wrong or got it right.

Why it MIGHT work: Mark Wahlberg makes a spectacular return to leading man status thanks to the success of Ted, while audiences forget that The Rock is also in the film.

Why it MIGHT fail: People actually read all the way to the end of the billing block and realize that this is a Michael Bay.

Look, I get it, everyone is pretty much over Michael Bay at this point, but there was a time (Bad Boys, The Rock, etc.) when he was a pretty decent director. You know, before all of the bombs took over.

As you can see in the trailer below, there is some action in the film but it doesn't dominate the landscape like it has in his more recent films. Also, there does appear to be more meat on the bone of the story here as well.

It also helps that it's based on a true story as it automatically reigns Bay in a bit. I think this one will be an early break out and a good indicator a big Summer ahead. (4/26)

Why it MIGHT work: Kevin Smith has a rabid fanbase and it's been a full seven years since these characters have been seen on the big screen.

Why it MIGHT fail: Despite possibly being ahead of its time, an animated Clerks TV series has already failed, but as Seth MacFarlane can attest sometimes you can raise from the dead.

This is a bit of risky venture from Smith given his recent announcement that there will be a Clerks III and it will be his last film. Kevin plans to take the film out and four-wall it like he did for Red State which will surely test his new release strategy, but should give his fans exactly what they want. 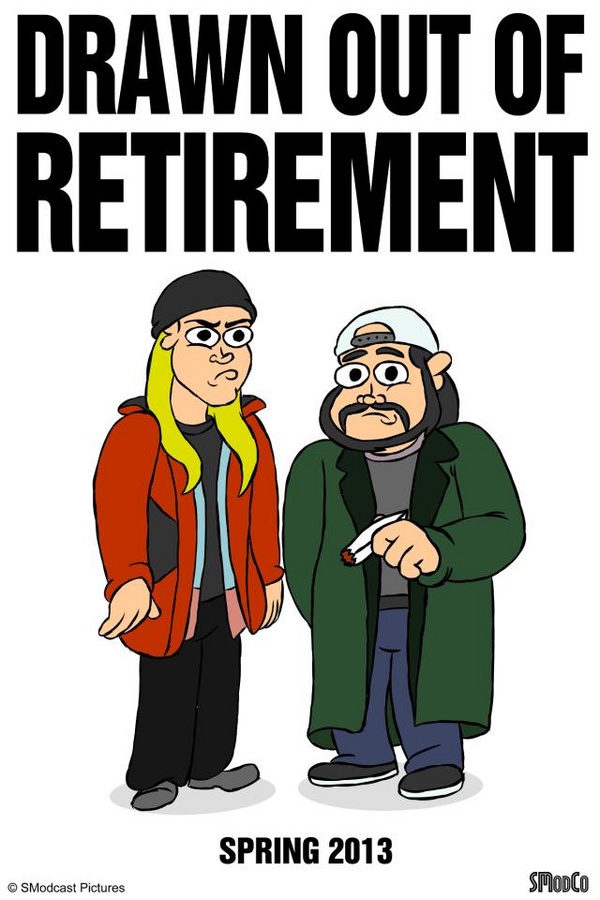 While the extend of Kevin's involvement in Jay & Silent Bob's Groovymovie is unknown, we do know that his hetero life mate Jason Mewes produced the film and longtime animated podcast collaborator Steve Stark is directing it. All in all, it sounds like this is a work from within "the family" and should play like a love letter to the fans.

I hope the film plays close enough to me that I'll be able to check it out. (April 2013)

Now You See Me

Why it MIGHT work: If there's one thing that I can't get enough of, it's magicians starring in thriller heist films.

Why it MIGHT fail: It turns out to be more The Big Bounce than Ocean's Eleven. 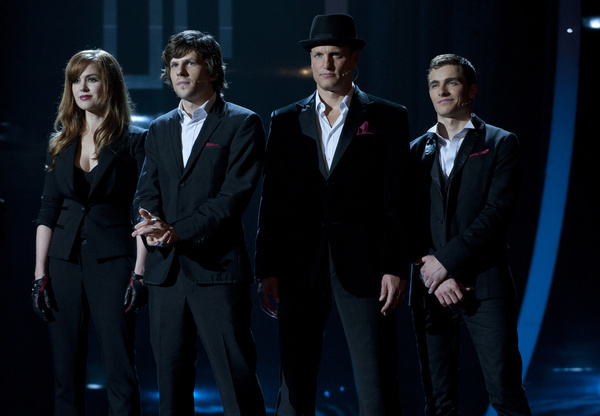 Can you really go wrong with a cast that includes Morgan Freeman, Michael Caine, Mark Ruffalo and Jesse Eisenberg? Probably not, but there's always the Woody Harrelson effect to consider. 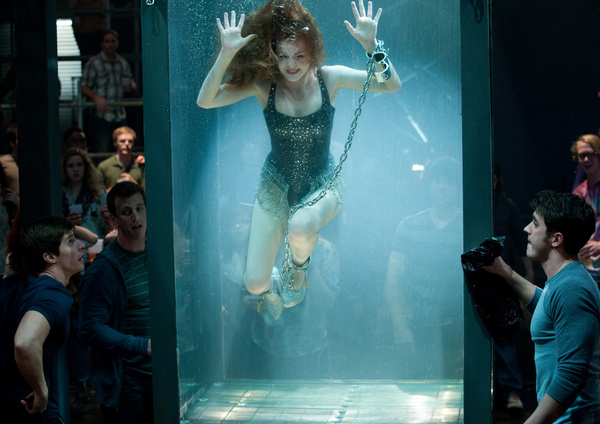 Personally, after seeing the trailer, I can't wait to see this film and if it's able to maintain that quick pace and level of suspense throughout, there's no reason that this film won't be pretty successful in an already crowded Summer slate. (6/7)

This is the End

Seriously though, this is one of those films that will surely be a huge hit for the under 40 set and might even resonate a bit older. Of course, Rogen did just do that stinker The Guilt Trip, if you can call a $35 million earner a stinker.

Thank goodness that the Mayans were wrong because that means we get to see this film in its entirety. (6/14)

Why it MIGHT work: It's a comic book movie that takes the best elements of Ghostbusters, Beetlejuice and Lethal Weapon and combine them into one film.

Why it MIGHT fail: People suddenly realize that Ryan Reynolds is the anti-Christ and must be stopped at all costs. I mean seriously, the dude has already married ScarJo and Blake Lively, how about you leave some women for the rest of us?

All kidding aside, this has been one of those films that has gone through a couple of different development teams and casts, but I think Reynolds and Jeff Bridges are good choices to lead the film.

There are plenty of well-worn treads that they could retool, but from what I've heard from those who have read the comic books, most of the material is fresh, rather than clichÃ©.

Of course, I could just like this film because Ryan Reynolds' character dies at the beginning. And before you get all "Spoiler Alert" on me, it's the Rest in Peace Department, so a lot of the main characters are dead. Oh, and Rosebud is a sled. (7/19)

Why it MIGHT work: People believe that Thor's younger brother can actually act.

Why it MIGHT fail: The reality is that Thor's younger brother can't act his way out of a paper bag. 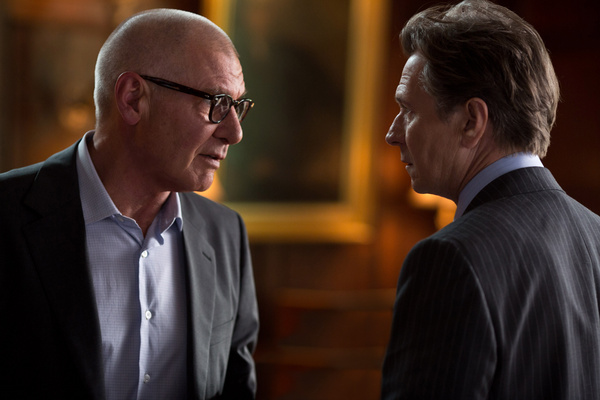 I'm giving Liam the benefit of the doubt though, but he'll have to demonstrate some pretty serious acting chops to star opposite of screen legends Harrison Ford and Gary Oldman. Paranoia is based on a pretty successful book, so I doubt the filmmakers would chance something like that by casting someone who couldn't handle it. 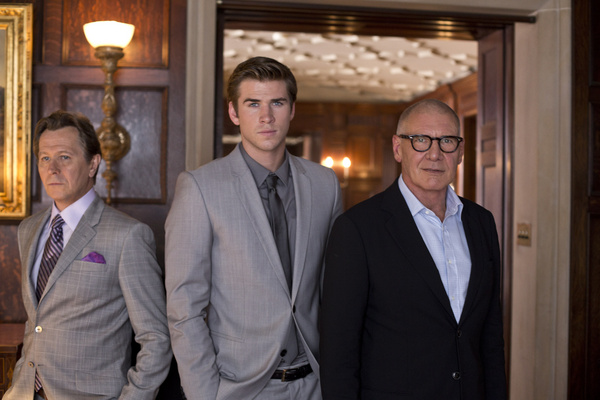 I'm also looking forward to checking out Josh Holloway back on the big screen. 2013 is shaping up to be a big year for him and after the success of Lost, I'm really pulling for him to have a great and long career. (10/4)

Why it MIGHT work: Audiences are left with a bloodlust after watching Sin City: A Dame to Kill For the week before and choose to follow it up with this bloody American remake.

Why it MIGHT fail: Audiences remember the original 2005 Korean film and still have a sour taste in their mouths.

I think this one has to be my absolute deepest of all deep sleepers. The original film was pretty intense and I thoroughly enjoyed it but it certainly wasn't for everyone.

The story is fresh enough, but the violence and the many unexpected, dark turns that the plot takes will surely turn off some of those in the audience. Personally, I'm looking forward to seeing what Spike Lee does with the material and if he'll soften the edges a bit.

Personally, I hope he doesn't, but I have a feeling that they will make it more palpable for a mainstream audience. Of course, that means there will be a greater chance for a sleeper success. Josh Brolin, Samuel L. Jackson and Elizabeth Olsen highlight a strong cast. (10/11)

Why it MIGHT work: Because you can't ever get enough end of the world films.

Why it MIGHT fail: At some point, we do realize that you can have too many end of the world films.

Seriously, 2013 is starting to look like the Mayan apocalypse redux with all of these end of the world films. Of course, that didn't stop me from putting two of them on this list.

This film completes the Three Flavours Cornetto trilogy or the Blood and Ice Cream Trilogy. You know, those three films directed by Edgar Wright and starring Simon Pegg and Nick Frost. 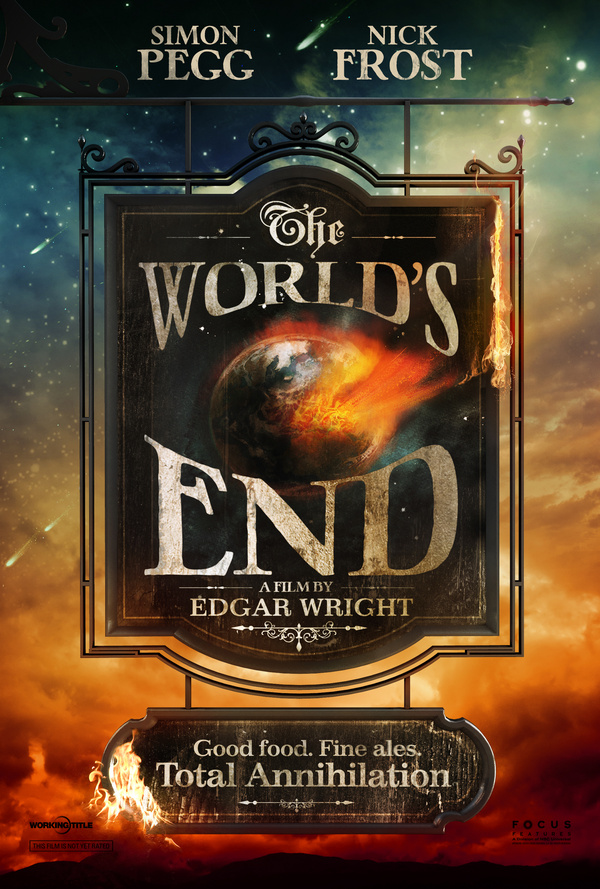 What, still nothing? Well, it's the final film in the trilogy that includes Shaun of the Dead and Hot Fuzz. Yeah, now you feel it, right?

This film is about an epic pub crawl that turns into a fight for the survival of the world by the time the group reaches the last pub. That is if they even make it to The World's End.

Why it MIGHT work: It's sort of a cross between Inglourious Basterds and Argo.

Why it MIGHT fail: George Clooney somehow transforms himself into Mel Gibson during the next few months.

If you want a sneak peek at the major Oscar contender for next year, look no further than this movie. It's the true story of a platoon tasked by FDR at the end of World War II to go behind enemy lines and rescue art from the Nazis before they destroyed it all. A collection of museum curators, directors and art historians put their lives on the line to save priceless art and artifacts.

Yeah, just go ahead and hand out next year's Oscars next month too. Unless somehow they figure out a way to mess up this surefire hit and awards season beauty, I think you can safely bet that this film will take home more than a couple statues.

The cast is top rate and a collection of great talent that you haven't really seen onscreen together such as Clooney, Daniel Craig, Cate Blanchett, Bill Murray and John Goodman.

Why it MIGHT work: Well, American Psycho worked and this little offering also from Bret Easton Ellis is just kooky enough to find an audience.

This is my wild card. I really think this one will tank or not even be released at all. But, there's a chance that it could become this year's quirky breakout hit. 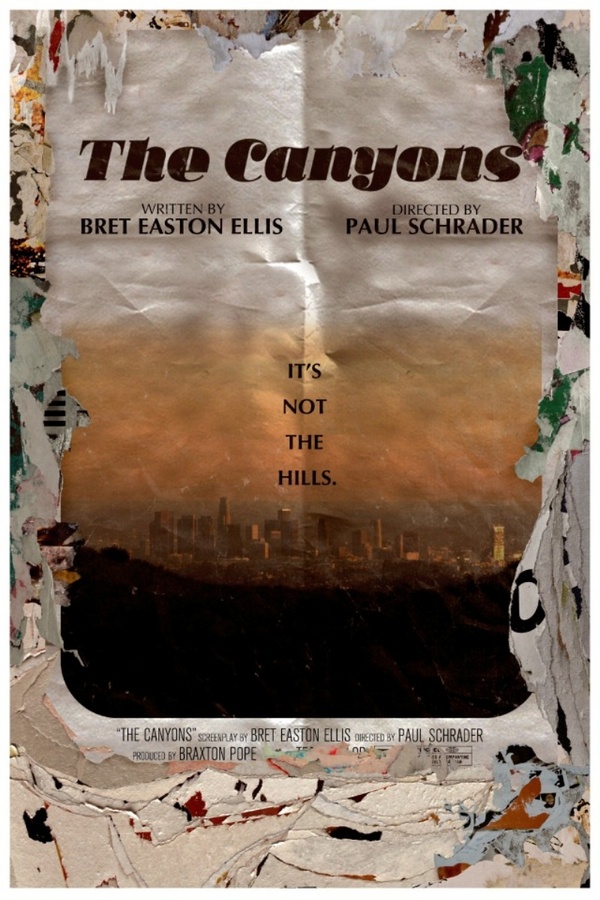 Everyone has either love or hate relationship with Bret Easton Ellis (and Lindsay Lohan for that matter) so I guess it just depends what side decides to show up.

I will give them credit though. These odd little genre trailers at least piqued my interest enough to include it on this list. (TBD)