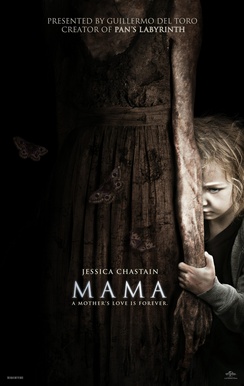 What an interesting weekend. You would think that with the end of college football and the NFL winding down, that audiences would be looking for something to do.

Given last week's Golden Globes show and the recent announcement of Oscar nominations, you would think that award contenders should rule the roost. To a certain extent, they did, but the real story continued to be the short term dominance of horror.

Elsewhere, the Hollywood stars kept a low profile as fallout from two sports-related stories (Lance Armstrong and Manti Te'o) dominated the news cycle. I'm sure the paparazzi will be back next weekend offering up juicy tidbits.

Over in Utah, the Sundance Film Festival kicked off and it's a dream of Tim and I to one day attend this glorious event. Great films, amazing skiing and views to kill for, what could be better?

If your name is Jessica Chastain, then you had yourself a great box office weekend. Two films from the twice Oscar-nominated actress landed in the top spots at the weekend's box office.

Mama continued the trend that we've seen of late of larger than expected one week surges from horror films. Given that January is pretty much relegated to awards season contenders and tripe that studios are dumping by releasing them in the notoriously slow month, the horror successes might have Hollywood second-guessing themselves.

Mama took the top spot with $28.1 million while only playing on 2,647 screens, good enough for an impressive $10,624 per screen average. By comparison, Chastain's other film Zero Dark Thirty took the top slot last week with only $24.4 million.

This week, the real life tale of the capture/killing of Osama bin Laden had to settle for second place and $17.6 million. The film has now grossed over $55 million and should continue to hold on to make around $80 million.

In other new business, Mark Wahlberg's Broken City performed slightly better than expectations with its $9 million weekend. With little fanfare and even less marketing behind it, Broken City still looks to make a respectable $25 million or so.

What wasn't respectable was the performance of Arnold Schwarzenegger's new film The Last Stand. Despite opening on nearly 3,000 screens, the action film only scared up $6.3 million, "good" enough for 10th place.

As someone who is used to winning in everything from politics to box offices, this has to be seen as a bit of setback for the ex-Governator. He has a few more action centered films on tap for later this year, but the 65-year-old actor isn't getting any younger and you can only have so many Expendables movies before the audience decides that the concept is expendable.

The Force May Still be with Him

You know who Drew Struzan is, right? If you don't know who he is, you'll surely recognize his work.

He's the man behind basically all of the iconic movie posters of our generation. Star Wars. Indiana Jones. Harry Potter. And so on, and so on. The exhaustive list of his work would fill this entire article.

Fanhattan scored an interview with the "retired" poster designer/artist/pure genius and he let a few nuggets slip out. Perhaps the most interesting of which is the fact that Disney has already reached out to him for poster word on the upcoming Star Wars movies.

I got a couple calls already this week on Star Wars from Disney. Oh my god, Iâm trying to be retired! You know, I spent 35 years painting Star Wars. [laughs] I painted Star Wars before most of you were born! But I guess there is always a chance. Thereâs no intention. But I would love to have a day off every now and again, and I have to work a weekend and all through the night. If the opportunity arises, it will be a real temptation. But itâs going to have to be a real temptation to get me away from my wife and my little grandkids and my family. Away from the green trees and the blue skies for a change instead of just locked in the studio. But, you know, never say never. All things are possible.

While it seems that Struzan is content to remain retired, you can tell from the response that the idea of working on new Star Wars posters excites him. It excites me too. I've been a big fan of Drew's work for years. In fact, this special limited edition print from Indiana Jones stares at me every day at the office. 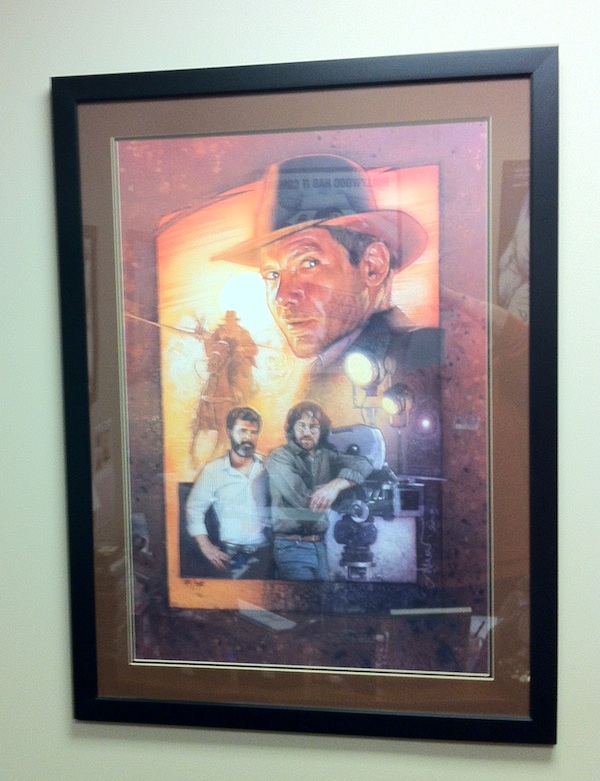 Do you know when you go to a wedding and the bride and groom are just made for one another? And then there are marriages that you just know are going to end up being another sad statistic.

This pairing is more in line with the latter.

Bad Robot, you know J.J. Abrams' company, and Paramount have secured the movie rights to Lance Armstrong's doping story. Now, don't get me wrong, I think there's a great movie to be made here, but I'm just not sold on Bad Robot being the right company to bring it to fruition.

Unless of course, they throw in a few well timed flashbacks and concoct an alternate universe where Lance didn't dope and still won all those Tour de France races. Or, you know end up in some bizarre church within the confines of purgatory with his fellow dopers while they await to learn their eternal fates.

On second thought, I'll give J.J. the benefit of the doubt on this one.

Finally today, I'm going to leave you with thoughts of snow and skiing in Utah. Oh, who am I kidding? It's about chalets and film stars.

It's not a big secret that every year around this time Tim and I become jealous little nancies of all of our more connected peers who get to travel to the Sundance Film Festival each and every year. One day, it's a dream of Tim and I to make it out there and I know that some day it might come true.

What I do know is that it's not this year. But, that doesn't mean that you shouldn't enjoy the coverage of the film festival, even if we aren't there to give you our personal odd little take on it.

I recommend following two sites this week. Our friends over at Film School Rejects do a very thorough and exhaustive review of the films and coverage of the scene. We call them our friends because much like high school, they are the cool kids and don't know we exist but we dream that one day they'll pass by and say "Sup" to us in the halls.

On the other end of the coverage spectrum, our good friend Joey Magidson over at The Awards Circuit is visiting Sundance for the first time. His twitter feed is a good read as he captures the scene in his best Mr. Smith Goes to Washington sort of way.

Until next week, remember to mix well.