Review: 'Frankenweenie' will wow adults but may scare young kids 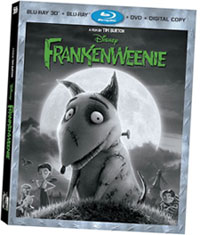 Director Tim Burton has branded himself very well. We generally know what to expect from his movies. With no foreknowledge, you can presume a new Burton film to be dark and quirky but also whimsical and full of heart.

That's a very accurate of his new animated film Frankenweenie. It's the tale of reclusive young Victor and his beloved dog Sparky. When he loses his best friend in an accident, the pre-teen hatches a plan to re-animate the pooch.

My review of this film is going to be resoundingly positive but with a few disclaimers. It really is a fantastic story filled with amusing detail. But it's also pretty dark for what's being marketed as a kid's film. 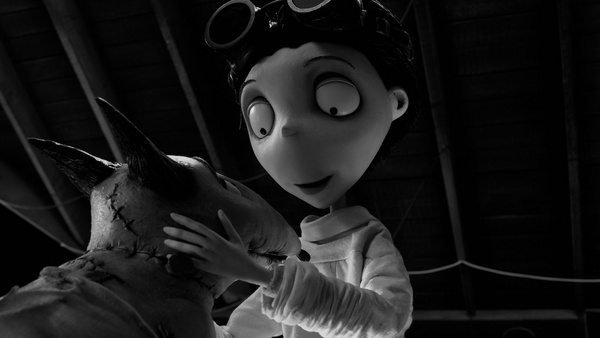 I'm not spoiling anything when I say the boy's dog dies. I mean, I said it just a paragraph up and it's the basic premise for the movie. Sparky meets his fate and Victor uses electricity to bring him back to life, Frankenstein-style. The topic of death and resulting resurrection may be a little too much for younger viewers.

Since this was originally produced in 3-D (that version is included with the deluxe Blu-ray), there are several jump-out-at-you moments. There are also some scary characters near the end of the film. Again, we have come to expect that from Burton but children do not. For these reasons I cannot recommend this for kids younger than age 9, give or take a year.

I watched Frankenweenie with my 10-year-old daughter and her friend. While they certainly enjoyed it, I could tell they were not completely comfortable with the more tense moments. Perhaps I'm a bad dad for introducing her to mild horror movies like this. Or perhaps I've just launched her down a career path. 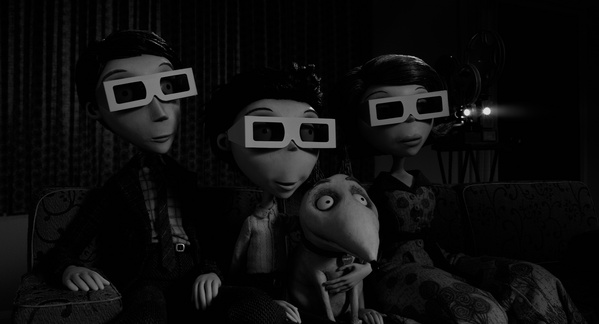 In the film Victor makes short movies for his family's enjoyment. After watching Frankenweenie, my daughter and her friend decided to become filmmakers themselves. They used an iPad to produce their own short horror film.

And that's how Tim Burton got his start. (Well, minus the iPad.) Growing up he would make films for family and friends, aping his favorite horror and fantasy films. In 1984, a year before he got his big break directing Pee wee's Big Adventure, he created a live-action short for Disney. That film was Frankenweenie. It was just 30 minutes long and was the genesis for what would become this animated film 28 years later.

The original starred Daniel Stern and Shelley Duvall as the parents and child actor Barret Oliver as young Victor. Barret starred in The Neverending Story that same year. You can watch the 1984 Frankenweenie short on the Blu-ray. 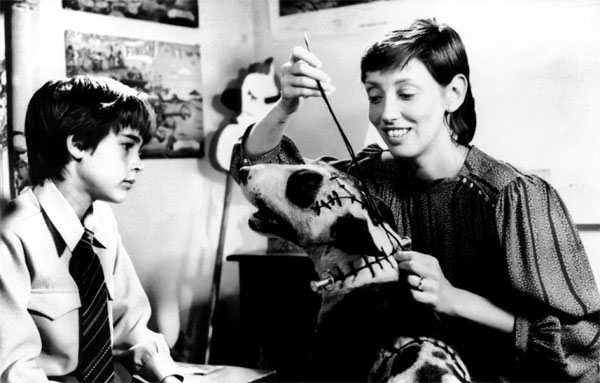 Also on the disc is an intriguing featurette describing the meticulous making of the animated movie. Frankenweenie was created using the stop-motion animation style made famous by films like Coraline, ParaNorman and Burton's own The Nightmare Before Christmas. The short documentary will wow you at the level of detail the animators took to bring these characters to life.

Again, I have to caution parents against letting young children watch this film. Since Frankenweenie is in black and white, there's a small chance they'll just dismiss the film as old-looking. They'll assuredly miss the homage to classic horror movies. Frankenweenie is dripping with references to the old Universal Horror favorites and echoes the genre's motifs in general.

I'm off to show my daughter Edward Scissorhands some of Tim Burton's other great films. Perhaps we'll be wowing to her movies in just a few years. 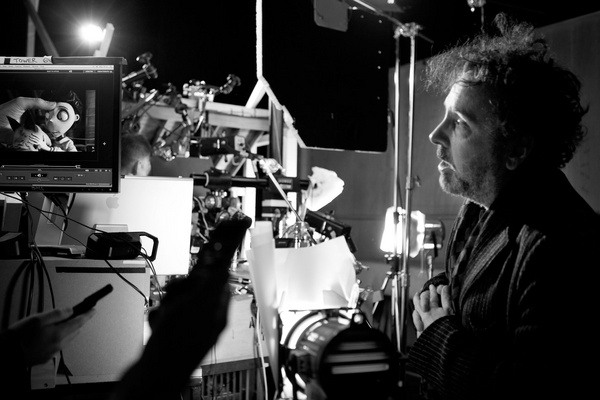