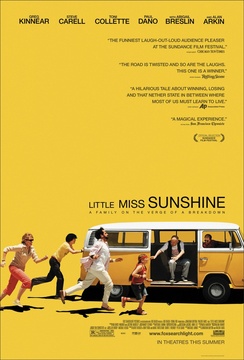 Deadline is reporting that Oscar winning writer Michael Arndt has already written a pretty extensive treatment for the three films in the next Star Wars trilogy. In fact, they say that Arndt is responsible for the âpretty extensive and detailed treatment for what would be the next three movies, the trilogy,â that Disney acquired in last week's purchase of LucasFilm as alluded to by Disney CEO Bob Iger.

According to their source, Arndt was brought in months ago and worked with LucasFilm to flesh out the treatment. While it's certainly not a given, one would think that Arndt would be given the first crack at penning a screenplay from his treatment.

In addition to writing the Oscar winning screenplay for Little Miss Sunshine, Arndt also wrote the screenplay for Toy Story 3, so he does have a bit of history with Disney, thus lending credence to the rumor. It seems that Arndt also has a knack for adapting the work of others as he just finished the screenplay adaptation for next year's The Hunger Games: Catching Fire.

Sure, this could all be coincidence, but I prefer my half-cracked conspiracy theory from yesterday where Disney is intentionally dropping these little nuggets out for consumption and then measuring the reaction. Just because Arndt worked on the treatment doesn't mean that he'll write the screenplay, but getting his name out there will surely ignite some discussion.

I thought Toy Story 3 was superb, but how much of the screenplay came directly from Arndt and how much came from John Lasseter and Andrew Stanton? Either way, Arndt has proven that he is a capable writer and it might add something to the saga to tap into the mind of an Oscar-winning scribe.

Is Michael Arndt a Star Wars fan? I'd say so. In the video below, he talks about breaking into the business with his script for Little Miss Sunshine and he throws in a nice Luke Skywalker reference.

We acknowledge that there has been a flood of Star Wars stories lately and we are sorry, but history has shown us that they are in demand by our audience. Also, we're huge fans of the movies and it generally excites us when new films are announced. I'm sure the sheer volume of stories will go down over time.

According to LucasFilm, Michael Arndt will indeed write the screenplay for Episode VII from his treatment. The short press release on StarWars.com reads as follows:

As pre-production of Star Wars: Episode VII begins, Lucasfilm has confirmed that award-winning writer Michael Arndt will write the screenplay for the new Star Wars film. As revealed in the ongoing video series posted here on StarWars.com, Kathleen Kennedy and George Lucas have begun story conferences with Arndt. Arndt won an Academy AwardÂ® for Best Original Screenplay for writing Little Miss Sunshine (2006), and was nominated for Best Adapted Screenplay for writing Toy Story 3 (2010).

As we outlined in our original article above, this is certainly an interesting route to take and adding an Oscar-winning writer to the project can only help. The more interesting news that we still don't know is how much of the story is indeed from Arndt and how much comes Lucas himself.

I guess only time will tell.