'Hansel & Gretel' gets medieval on witches in trailer 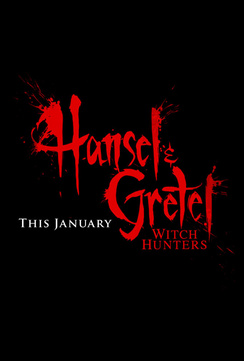 If there's one thing that I can't get enough of, it's twisted fairy tales that elevate the badass factor to 11. Take the latest entry Hansel & Gretel: Witch Hunters for example.

In the original Grimm's fairy tale brother and sister Hansel & Gretel are abandoned in the deep forest by their parents and become lost trying to make their way home. They come across a house made of cakes and confections and start to eat it prompting an old woman to come out of the house. The old woman tricks them into entering her house after which it is revealed that she's a cannibalistic witch that likes to eat children.

Long fairy tale short, Gretel is able to outwit the witch and she's the one burnt to ashes as Hansel & Gretel escape, find the witch's treasure and are reunited with their father to live happily ever after.

From the looks of the trailer below, the fairy tale is just the beginning of this action extravaganza. Now grown, Hansel & Gretel go into the witch extermination business and become quite adept at ridding towns and villages of their warty nuisances.

Naturally, all is going well until they come across a worthy adversary who may or may not be a witch. While it sure sounds a lot like films that we've seen in the past like The Brothers Grimm and Van Helsing, the casting is a nice touch.

Mr. "I'm in everything" Jeremy Renner stars as Hansel while his sister Gretel is portrayed by Gemma Arterton. For some unknown reason, despite being a Bond girl Gemma Arterton is still relatively unknown in Hollywood. Perhaps it's all those action/fantasy duds that she's appeared in like Prince of Persia: The Sands of Time.

While there's certainly a fantasy element to Hansel & Gretel: Witch Hunters, the trailer below gives us hope that it will transcend the inherent pitfalls of this genre. Of course, the January release date is usually one that studios use to dump films that they have very little confidence in, so time will tell.

The trailer has me pumped and I think you'll agree. Hansel & Gretel: Witch Hunters releases in theaters on January 11, 2013.

P.S. For those wondering where the MMM is this week, we decided to take the week off due to the holiday. The TMM just didn't have the same ring to it.