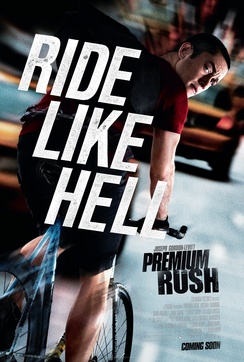 There's nothing like the end of August to remind you that Summer is indeed coming to a close. If you needed any more of a reminder that school is back (or soon to start), then all you have to do is look at this week's box office results.

If the seasonal downturn wasn't enough for the anemic box office, football officially gets started this weekend in college and next weekend for the pros. That will most likely kill off any last remnants of the Summer season.

But don't worry, every season is followed by yet another season, and soon the awards season will be in full swing. In fact, there are a few leading contenders looking to get out in front of the competition with September releases.

Just because the Summer is slowing down doesn't mean that Hollywood is slouching off any. Nope, there's plenty of news to chat about from this past weekend. Sit back and enjoy the MMM.

The 411 is that there really isn't much to report this morning. The top 12 movies grossed just $83.4 million, easily making it the weakest grossing weekend of 2012. The Expendables 2 took the top spot by default with $13.5 million and the rest of the holdover films followed suit.

In fact, you have to look all the way down to seventh place and Premium Rush ($6.3M) to find the first new entry this week. Hit & Run and The Apparition were virtual no-shows, each earning less than $5M at the weekend box office.

The one "bright spot" of the top 10 was the performance of documentary 2016 Obama's America which had the strongest per screen average ($5,718). The conservative documentary is making in-roads in the traditionally fertile land of liberal politics during this hotly contested political season.

Looking ahead to this weekend, there's a chance that Lawless could make some hooch at the box office, but I wouldn't be shocked if people dismiss the film that has already had three different titles. It's unfortunate because Lawless looks to be a film that should normally have no trouble finding an audience. 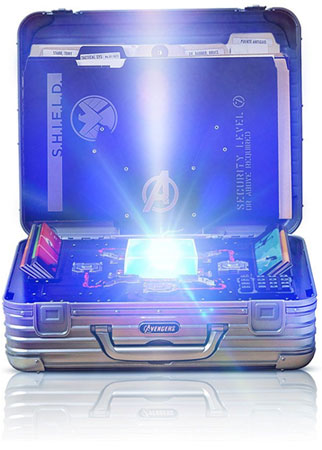 Remember that really cool 10 disc set called The Avengers Assembled: Marvel Universe Phase 1 that Disney was supposed to release next month? You know the one, it has six movies and a plethora of bonus features and collectibles that actually justified its $219.00 suggested retail price.

Well, we got word first-thing this morning that Disney has pulled this item from its release schedule. Officially, there was no reason for the cancellation, but it doesn't take too much Internet sleuthing to put one and one together.

Back on August 3, The Hollywood Reporter ran this story that claimed that the luggage company that created the briefcase seen in The Avengers was suing Marvel over the design of their case for The Avengers Assembled: Marvel Universe Phase 1.

It seems that Marvel/Disney did not have the license or authorization to reproduce the brief case in any shape or form. The article linked above has a nice side-by-side comparison of the two cases and I have to say that the resemblance is pretty uncanny.

As of the time of this writing, Amazon still has the page up for the collector's edition

but that will surely change soon. It's possible that Amazon.com will keep the page up knowing that Disney will release the set at some point.

One thing is certain though, unless there's a speedy resolution to the lawsuit, the collection won't be released as intended on September 25. If they can't work out a deal with the luggage company, I'm sure they will simply retool the briefcase in their set so that it doesn't resemble the one in question as much.

This, of course, will take time and delay the release, but I'm sure that Marvel/Disney will still get it to market in time for the critical Christmas buying period. Stay tuned for updates to this developing story.

It seems that Toby Jones is making quite a name for himself in taking dueling roles of real life people. First, he played Truman Capote in Infamous while Philip Seymour Hoffman played the same role for the more commercial Capote at roughly the same time.

Now, he is playing the master of suspense Alfred Hitchcock in the HBO film The Girl while Anthony Hopkins is currently filming Hitchcock due to come out next year. When the first official image of Hopkins as the iconic director was released recently (below), I must say that I was impressed. 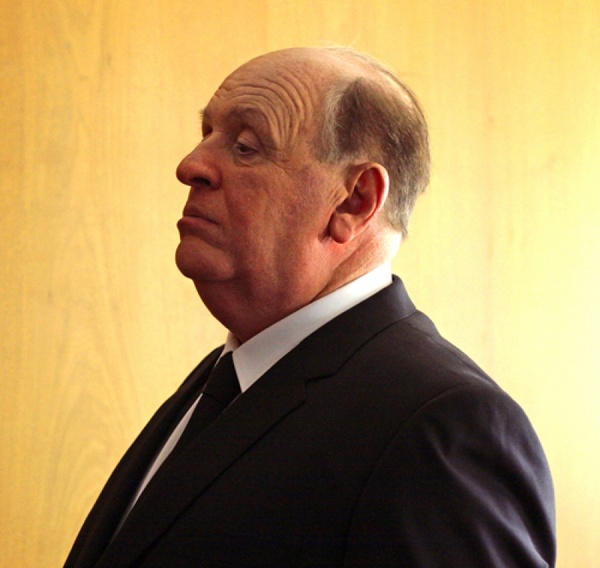 But an image only goes so far in conveying the character that was Alfred Hitchcock. While a trailer for Hitchcock is still at least months away, we did get a couple of glimpses of Jones as Hitchcock this weekend for the October HBO debut of The Girl.

I don't know about you, but I had chills crawling up my spine when I hear him. I'm glad that I'm an HBO subscriber, because this film will be one that I definitely check out.

Flight of the Conchords Taxis for Charity

I almost feel like I'm leaving you today with my own personal moment of Zen. I know that our site's audience is mostly from the United States, but I couldn't help but shed a little light on this great effort down under.

As many of you know Flight of the Conchords is the fourth most popular folk duo from New Zealand and after the cancellation of their HBO series, their future was in jeopardy. Jemaine Clement landed a role in Men in Black 3 while all Bret McKenzie did was win an Oscar for his song in The Muppets.

With their individual success, there was a bit of consternation that the two would never "get the band back together" as it were. Well, at least for this charity project, we get a bit more Flight of the Conchords.

The pair have teamed up with other New Zealand musicians for Cure Kids, an organization devoted to finding cures to life-threatening diseases affecting children. They have created a new song that is currently available for purchase in the New Zealand iTunes store (hopefully, it will expand to other regions soon) with the proceeds going to Cure Kids. You can also visit www.curekids.org.nz to make a donation to this worthwhile organization.

I've embedded the short film and song below. Beyond the amazing charity and the fun with the kids (the part about The Muppets songs was priceless), it shows that Jemaine and Bret still have that magic chemistry. One can only hope that the pair team for more fun soon, perhaps a movie?

Have a great week, and remember to always mix well.