Pixar's 'Monsters' pull out the pranks for teaser trailer 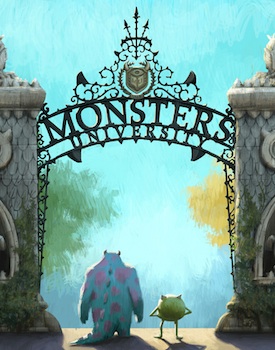 Ah, college. For some of us, we fondly look back at our formative years of study with great zeal. For others, the mere mention of college is excuse enough to pop in Animal House for the millionth time.

Whether you were a study bug or a party animal or didn't go to college at all, we all enjoy a good college comedy. As the backdrop of a movie, it's a fertile environment where kids can still be kids and the realities of adulthood are, at least, a few years away.

When Pixar announced that they were following up 2001's Monsters, Inc. with a prequel set in college, I will admit that I was curious given the established target audience of say, five year olds. If you were expecting to see binge drinking and reckless fornication, I think it's safe to say that Monsters University will not deliver on these time-honored college film clichÃ©s. 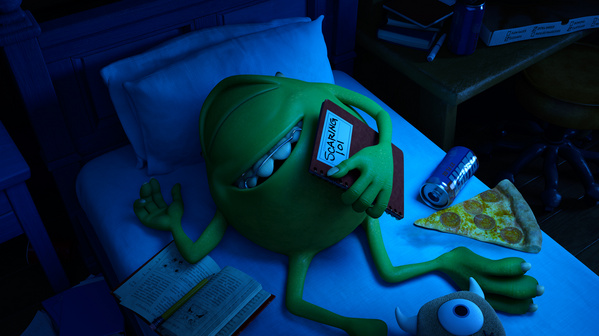 Ah, but with today's release of the first teaser trailer for Monsters University, we can rest assured that college pranks will indeed make the cut.

It's good to see Mike and Sully back together even if they haven't established that bond yet that will propel their journey through Monsters, Inc.. No, Monsters University is an origin story of sorts and from this short peek, it seems that Pixar has recaptured the magic that made Monsters, Inc. such an incredible success.

Interestingly, this wasn't the only teaser trailer that Pixar released. It seems that they released four different versions of the same teaser trailer. The only part that was different in each one was the snippet of conversation that Mike mumbles while he sleeps.

You can check out all four variations in the compilation video below. I love the irony about the not going to class because I'm naked line, because you know, Mike never wears clothes.

Monsters University is set to matriculate into theaters exactly one year from today on June 21, 2013.