Check out all of the Super Bowl movie ads right here 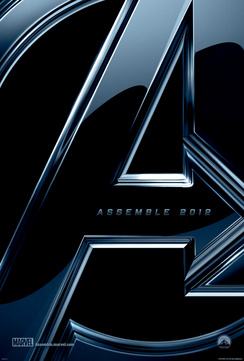 In the age of the tease and the tease before the tease, it should shock absolutely no one that Super Bowl ads are starting to leak out before the big show. Personally, I think the ads are more effective when they are new and the potential to be blown away is still there.

Of course, I'm also the one who doesn't like to watch previews to next week's show of our favorite TV series, much to my wife's chagrin. But, to each their own and with that in mind, I figured we might as well showcase these films here for your enjoyment.

We will be updating this story as the Super Bowl ads leak out and the goal is to have a comprehensive collection of them by Monday morning for you.

Speaking of Monday, for those of you that enjoy our podcast and have been wondering where it has been, I have it on good terms that there will be a treat for you.

But for now, sit back and enjoy all of the best (and not so good) things about this year's biggest movies.

Or, at least those showcased on the world's biggest stage.

Let us know what you think of them.

First reaction? I love finally seeing Cobra Commander and to be honest, this looks and feels more like I expected the first G.I. Joe to be like. Maybe I'll actually enjoy it.

First reaction? It's a 10 second teaser of the ad. Really? Have we gotten to this point already? Sigh.

The full trailer is below.

First reaction? Another 10 second teaser? Seriously? At least this one has a public service announcement attached. Apparently, you have to look for a code in the commercial and you can enter to win a trip. Is that trip to Mars? Heck, I might even watch the whole movie if I could win a trip to Mars. Otherwise, I'll pass.

The extended Super Bowl spot is below.

First reaction? I applaud Sacha Baron Cohen for creating new content for the spot and it's sort of funny in that Chuck Palahniuk "Survivor" sort of way, but I still will never watch this movie. I can't even believe I sullied Palahniuk's name by mentioning him in regards to this movie.

First reaction? Finally, the trailer that all of us fans of the books were waiting for. I think this will be huge when it plays in the pre-game show for the Super Bowl. This clip captures everything that we love about the books.

First reaction? A patriotic ad shown on the most patriotic of days when the football season is decided? Does it get better than that? I'm not sure what to make of this movie other than I want to kill something and eat a bunch of red meat after seeing it.

First reaction? I didn't want to see it before this spot hit and now I really don't want to watch it. Ever.

First reaction? It could be worse, but really aren't we running out of Dr. Seuss ideas at this point?

Well, those were all the movie ads featured during the Super Bowl (or just before or after the game). If you see any that I missed, let me know and I'll add them. I will leave you with this last ad, although it had nothing to do with films other than starring an iconic American actor.

I don't care what the final score was, or the fact that the Giants won the game on the field. No, to me, the real winner of the evening was Clint Eastwood. His Chrysler ad was hands down the best of the evening.