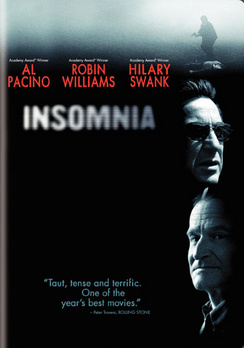 I guess if the news is slow, then the only thing left to do is generate your own content, right? This is a series that I've been thinking about lately and I hope to flesh it out and turn it into a semi-regular piece if it catches on.

The basic concept is that I'm a bit sick and tired of all of the "Best of" lists that seemingly proliferate movie sites at this time of the year. Let's face it, life isn't a "Best of" utopian place where everything is squeaky clean. No, real life is dirty and oftentimes not so great.

For every Citizen Kane, there's 10 Giglis or Pootie Tangs. So, at best, life is a nice mix of good and bad. With this series I hope to reflect that ideal across several themes and see what happens.

I know that there are those of you out there that think that their favorite director couldn't possibly make a bad movie. To you, I say take off your rose-colored glasses and let's get objective. Yes, movie appreciation is still a largely subjective process, but everyone knows shit when they see it.

Here are a few roses that didn't quite bloom.

Jersey Girl - To prove that I can be objective I'll kick off the festivities with my personal favorite director and fan of the site Kevin Smith. I think Jersey Girl is perhaps Smith's most personal film and I'm sure that its critical failure is doubly hard on him because of it, but it is a flawed film.

Usually, the few pieces of coal that come up among the diamonds for directors come when they step beyond their comfort level. This is the case for Smith who does a 180 from his bread and butter dick and fart jokes comedies to a serious family drama. I give him all the credit for undertaking the effort, but the end result is a very uneven film that has great performances in it (George Carlin and Stephen Root knock it out of the park), but the film is largely forgettable.

Caught up in the mess of Bennifer and the unfair fallout of Gigli, this film never had a snowball's chance in Hell of succeeding, but those factors were out of Smith's hands. I recently became a Father and I re-watched Jersey Girl to see if I would have a different reaction to it and I must say that I did.

Whether it's just the distance from Bennifer or becoming a Father myself, I enjoyed the film, but it's still far from perfect. The best thing to come out of this film was Clerks II and the experience that paid off the next time Smith ventured out of his comfort zone with Red State.

Planet of the Apes - In as much as you can call a film that grossed over $170 million at the box office a failure, this movie is the thorn among an otherwise rosy resumÃ© from Burton. I know that Tim Burton is one of those directors that people either love or hate, but for me there are not many directors who are on his visual level.

Tim Burton's films aren't just movies, they are living and breathing works of art that should be shown in the Louvre, not in some dingy movie theater. So, where did he go wrong with Planet of the Apes? That's a good question.

While he didn't have frequent collaborator Johnny Depp in the cast, he certainly had a full arsenal of great actors and actresses to fill up the screen. No, I think the main reason for the audience backlash was his attempt to take a classic work and try and retrofit his vision onto it.

Surprisingly, both films earned almost exactly the same amount at the box office, but they are seen on completely different ends of the spectrum in terms of success.

Insomnia - Here's a film that "bombed" at the box office given its cast at the time, but I bet if you were to re-release it today it would not only bring in a ton more at the box office, but critics would cheer it.

I guess that just goes to show that timing has a lot to do with everything. When Insomnia came out, it directly followed Nolan's Memento and many critics claimed that indie prince Nolan had sold his soul to Warner Bros. for a hack movie.

While it's true that Nolan only directed Insomnia, I think that if you went back and watched it now you could easily pick out his fingerprints on the movie. And lest we forget that without Insomnia, Nolan would have never picked up the Batman Begins gig.

And the rest as they say is history.

Jackie Brown - It's incredibly hard to pick a bad movie that Tarantino has directed, but if I had to this is the worst. It had the unenviable task of following up his mega hit Pulp Fiction, so failure was almost a certainty.

I don't think that the movie is that bad per se, but it collapses on the weight of the expectations placed on it. It's an Elmore Leonard adaptation, so while Quentin certainly tweaked it a bit to fit his agenda, it's not anywhere close to his original stories.

Overall, the plot is a bit overly complicated and there's just something off in the pacing of the film. Don't get me wrong, it's still quite enjoyable, it just happens to be the one on the bottom of the pile of great hits.

War of the Worlds - Likewise, most of Spielberg's work is exemplary, but this film sticks out like a sore thumb to me. Interestingly, it's the third remake on the list, so perhaps there's something in that.

Or it could have something to do with Tom Cruise backlash. Whatever the case, this was a film that sure had a lot of special effects, but nothing else.

I use a simple rule of thumb when judging a film's lasting power. When it comes on TV (with commercials) will I watch it. I have absolutely no desire to see this film ever again and I certainly wouldn't sit through a commercial for it.

Of course when you have such a long body of work and this is your "worst" film, then you must be doing something right. I'm sure that I'll get the most disagreement over this selection, but that's what is great about this country.

You can simply click here and tell me what you think about this list. Or, tell us what you think of this new series. If you like it, be on the lookout for more in the future.