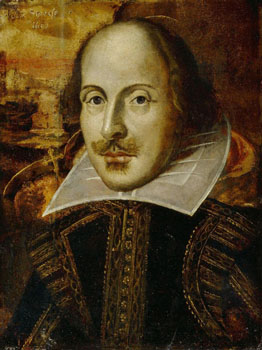 So, get this. In the midst of filming one of the most highly anticipated movies of 2012, if not ever, director Joss Whedon found time to film a Shakespeare adaptation.

What's more incredible is that in today's age of instant communication via Twitter and the like and constant hounding from paparazzi Whedon was able to get together a bunch of his high-profile friends and finish the filming without even a whisper of it leaking it out. With hundreds, probably thousands, of independent websites dedicated to movie news, Hop writer Brian Lynch points out the obvious.

All these movie sites, and Joss Whedon made a movie without anyone knowing? That's pretty awesome.

In fact, Nathan Fillion, who allegedly stars in the film, tipped off the public by tweeting the movie's website. After creating a storm of interest, Fillion confirmed via tweets that the movie is indeed real, but also playfully included this tweet.

Alright, here's everything I know about muchadothemovie.com -- Server error.

And to be honest, that's all we really know about this movie at this point. The website muchadothemovie.com is little more than a single image that announces the "completion of principal photography" and lists a who's who of Whedon's regulars. 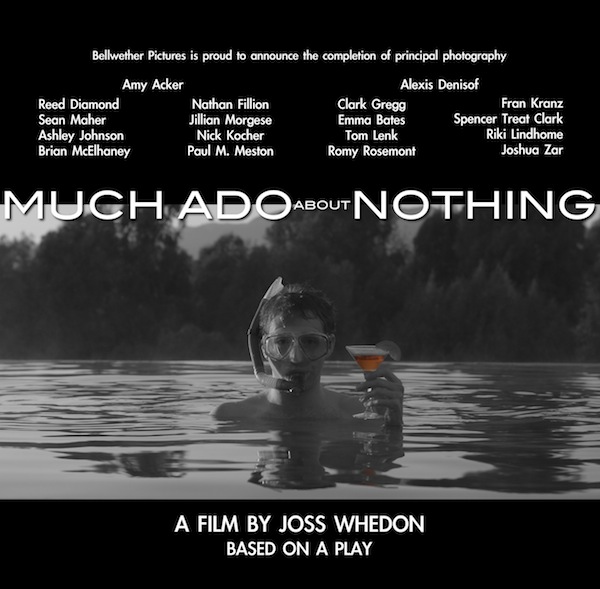 A quick WHOIS search of the website failed to turn up any further information about who secured the domain. It was registered on Friday, October 21 by domain registration site 1&1 and the registrar's information is being kept secret.

There are plenty of legitimate reasons to use "Bellwether Pictures" including the long-standing practice of creating one-off production companies for each film so as to shield the larger companies behind the film from lawsuits and the like. However, it must be pointed out that Bellwether is a term that means a sheep that wears a bell around its neck to lead the herd from one pasture to another.

So, is Whedon perhaps hinting that he's the Bellwether leading the rest of us lemmings over the cliff of this mythical project? If so, then for what gain? Is Whedon simply using his power, and that of his friends, to show how easily the Internet can be used to advance misinformation? Or is he using the Internet to build awareness and demand for a vanity project that he hopes to then sell to a studio for financing?

I mean the movie is called Much Ado about NOTHING afterall.

Or is this announcement completely on the up-and-up? And if it is, Joss may have created a miracle more impressive than getting all of the egos of the actors involved in The Avengers to work together in harmony, truly creating a secret project in a time when one would think such a thing would be impossible.

The image that you can see on the site (and above) features an actor who may be Fran Kranz in a snorkel and mask holding a martini glass. It also says that it is "based on a play," but makes no specific mention to Shakespeare who wrote "Much Ado About Nothing." Fran starred in Whedon's TV series Dollhouse and is listed as one of the stars.

So, the question remains. Did Joss Whedon really secretly film a movie while in production on The Avengers, or did he craft one of the most impressive hoaxes of the Twitter age? Either way, consider us impressed. What do you think?

A press release for this "fancy" film

It's looking like this project is indeed gaining some legitimacy as events unfold rather quickly. As some have pointed out, filming a secret movie would be completely in character for the man who brought us Dr. Horrible's Sing-Along Blog and I can't really argue with that.

As some point today, the website updated with a link to a PDF of a press release. You can read the complete press release here.

The press release confirms many aspects of the project and details what lies ahead for "Much Ado About Nothing." The film was shot in just 12 days in Santa Monica and is "a modern version of Shakespeareâs classic comedy."

In regards to Bellwether Pictures, the press release did indicate that it is a new "micro-studio" from Whedon and wife Kai Cole created "for the production of small, independent narratives for all media, embracing a DIY ethos and newer technologies for, in this particular case, a somewhat older story."

So, while the press release surely seems to put to bed any question of a hoax, I'll remain skeptical until the movie sees the light of day, which, according the release, will be sometime in the Spring on the festival circuit "because it is fancy."