Three rockin' trailers to get your weekend started right 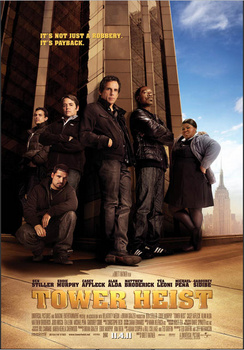 Each of these three trailers debuted over the last couple of days and while I gave some thought to writing them up individually, I figured it would be best to combine them all into one massive update of awesomeness. Each of these trailers represents a distinct genre, but in their own way, they really help to sell their respective movies.

I'll be honest, I didn't know much about these movies before seeing the trailers, but now all three are on my must-watch list. There's a bunch of great performances and guttural belly laughs to be had. Sit back, enjoy and let us know what you think.

This looks like an interesting mashup of Ocean's Eleven and Waiting.... Part heist, part payback film, Tower Heist looks to be the perfect movie to make Eddie Murphy relevant once again.

While the movie hasn't been rated yet, it looks to be in the realm of a hard PG-13 or R and I really hope they stir more towards the latter rating. There's just something right in the world when you hear Eddie's laugh in proximity to an inappropriate joke.

This looks to be a stylish political thriller and yet another stand out performance from Ryan Gosling. The real selling point here though is the outstanding supporting cast and what's sure to be a story that will keep you guessing until the very end.

This movie truly came out of left field for me, but I'm glad it did. Set in the world of LARPing (Live Action Role Play), things get real quite literally when the LARPers summon a succubus in the form of Margarita Levieva.

Hey, if you have to die a horribly bloody death, I'd much rather it be at her hands. The criminally underused Summer Glau also looks to be given a chance to flex her, um, muscles in this one and we're all for that.