Henry Cavill is the next Superman 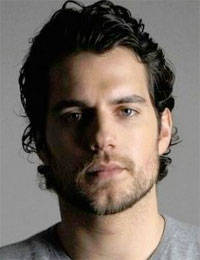 The next man to don the red and blue tights of Superman is... a Brit. Warner Bros. announced Sunday that British-born Henry Cavill has been cast in the forthcoming reboot of the most famous comic book character. This makes the third actor from the UK to be cast in an iconic comic adaptation after Christian Bale and Andrew Garfield.

This Zack Snyder-directed film is scheduled for a late 2012 release, the studio says. According to the LA Times' Hero Complex blog, Cavill had previously been in talks for 2006's Superman Returns before director's chores moved from McG to Bryan Singer. (Of course Brandon Routh eventually won that job.)

Cavill may be best known for the role of Charles Brandon in the Showtime TV series The Tudors. He also appeared in Stardust, Whatever Works, Tristan & Isolde, and the forthcoming films The Cold Light of Day and Immortals. We reported back in 2005 that Cavill was once up for the Batman role in Batman Begins.

With this news the logical next question becomes who will play Superman's love interest, Lois Lane? It's doubtful that Superman Returns' Kate Bosworth will reprise the role.

Any of those actresses sound like a good fit? Let us know what you think. Of course they Snyder and the producers may just pull an unknown female for the role. I'd like to see them switch things up a little and cast an excellent actress like America Ferrera.