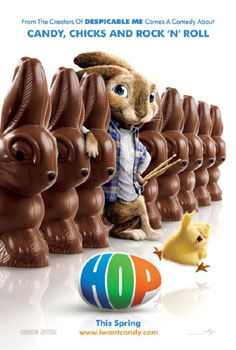 It's another Thursday, which means another installment of Trailer Roundup. We are closing in on the final weeks of the season, but the big trailers will most likely all be attached to the big holiday fair like Tron: Legacy, Little Fockers and True Grit due out later in the month.

In fact, it has already been confirmed that the first trailer for Pirates of the Caribbean: On Stranger Tides will be attached to Tron: Legacy, but it will premiere online earlier that week, so we'll have it nice and gift-wrapped for you here in this column. In the meantime, this week's offerings include what I like to call two hype trailers that are sort of like a last ditch effort to sway you to see them in the coming weeks and one long tease.

The first film is a front-runner for the awards season. Considering that the poster and the entire marketing plan is based around Halle Berry's performance, it's no shock that she's front and center on this trailer for Frankie & Alice.

Berry plays a woman suffering from multiple personality disorder including a white racist woman and a child all vying for their time in Berry's brain. While the trailer naturally showcases what is sure to be an Oscar nominated performance for Berry, it also hints at a more intricate plot and another great performance from the always amazing Stellan Skarsgard.

Frankie & Alice will squeak out to a few theaters this year to satisfy the aforementioned awards season requirements, but won't hit its wide release until February 4, 2011.

First, there was Rocky. Then, came a little film called The Wrestler. This year, The Fighter is the latest installment of the boxing/fighting underdog/over the hill sports movie hoping to nab an acting Oscar or two.

As for its potential for Oscar glory? We're not completely sold, but perennial awards season faves Melissa Leo and Christian Bale have strong roles and could be in the running for Best Supporting nods I suppose. As for lead, Mark Wahlberg, it's good to see him back to his muscular Marky Mark tighty whitey days, but muscles alone won't bring home the coveted little gold man.

It seems that the movie is having a bit of an identity crisis to boot. After the first trailer was received rather passively, filmmakers decided to release two trailers in the last week, including the one below exlusively via IGN.

After all the trailers though, I'm still left wondering if this is more ala The Wrestler or simply Invincible Part 2. Watch it yourself and let us know what you think.

Finally, we are left with the teaser trailer for what is sure to become an instant (only?) Easter classic, Hop. From the same Peeps (get it?) that brought us last year's successful Despicable Me, comes an all-new blend of live-action and animation about a slacker who injures the Easter Bunny and must take him in while he recuperates.

That's pretty much all I know about the film, other than apparently the Easter Bunny takes a shine to a drum kit at some point? The teaser doesn't give us much, but I'm willing to withhold my judgment on this movie as it took Despicable Me about five trailers to finally hit on the kernel of awesomeness that made that movie such a big hit.

Hop will hop (I kill myself) into theaters just in time for Easter on April 1, 2011. Unless it's all just one massively orchestrated April Fool's Day joke, then well, I guess the egg will be on our faces. Man, I could do this all week.