Check out MTV's movie peeks from the 2010 MTV Movie Awards 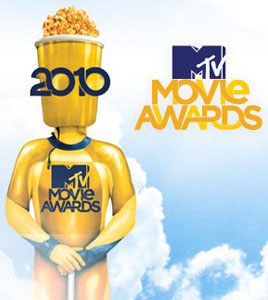 So, what did you think about last night's MTV Movie Awards? To be honest, I was a little let down in how scripted the whole thing seemed despite being touted as a "live event."

In the past, the best thing about this awards show was the spontaneous nature of it and perhaps the fact that it was taped and thus subject to editing caused more celebrities to let go. Heck, even the kiss between ScarJo and Sandra Bullock seemed a bit rehearsed and awkward.

Contrary to every desire in my body that wanted to see ScarJo kiss a woman, I'm thinking Betty White kissing Bullock would've been more interesting. Yes, it was that bad. Don't believe me? Check it out for yourself here:

For the movie fans, the true highlights of the night didn't involve any kissing or WTF moments, but rather exclusive first looks at some of this Summer's hottest movies. The clips from Twilight: Eclipse, Scott Pilgrim vs. the World and The Last Airbender didn't reveal much, but surely made the show worth watching for the fans of those movies.

Scott Pilgrim vs. the World

Is it me or is Scott Pilgrim vs. the World going to be the most over-hyped piece of tripe to come down the pipe in a long, long time? That makes me sad because I love Edgar Wright. What do you think?