How many of Maltin's '151 Best Movies You've Never Seen' have you watched? 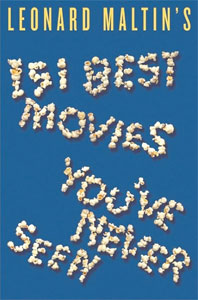 One of the things we like to do around here is spotlight smaller films that you may have overlooked. Apparently Leonard Maltin likes to do the same thing.

The legendary film critic recently had his undiscovered picks published in a book titled Leonard Maltin's 151 Best Movies You've Never Seen. He recognizes some really obscure films, most of them contemporary.

Maltin -- who you'll probably recognize from his trademark glasses and salt-and-pepper beard -- lists his choices alphabetically and talks about each selection for a page or two in this 323-page tome.

As if discovering the book's picks didn't entice you enough, the back cover hints at several of its selections by way of trivia questions. Here is a sampling with links to the movie being mentioned. 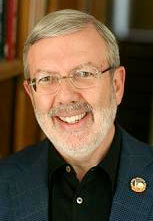 I first became aware of this book via comedian Doug Benson's great I Love Movies [iTunes link] (reviewed previously). Anyone who's familiar with the podcast will know that Doug likes to play a movie trivia challenge affectionately called "The Leonard Maltin Game." Benson picks a movie from Maltin's annual movie guide and his comedian friends have to name the film by its cast members -- from least notable to starring role.

Recently Mr. Maltin himself was a surprise guest on Doug's show. Leonard showed off his movie expertise and was an all-around good sport to Benson's light ribbing.

In a subsequent episode Doug claimed to having seen 20 of Maltin's 151. That's an amazing number. Especially given the fact that I've watched a whopping four: Brick, Fast, Cheap and Out of Control, The Greatest Game Ever Played, and Millions.

I challenge you to pick up the book and top Doug's total of 20 movies seen. Maltin's title is just that apt.