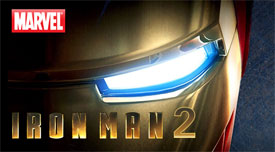 Recently, we predicted that Avatar will break Titanic's box office record and that got us thinking that it was roughly time for us to get together our annual stab at the top movies of the year.

Last year, it was hit and miss as we correctly named only six of the top ten movies of 2010. But hey, if we batted .600 in the majors, they would induct us into the Hall of Fame, so we'll take it.

Of course, the one miss that we are both shamefully hiding our heads about is failing to include Avatar on that list. To be fair, Tim and I talked about it, but we decided to exclude it because we didn't think it would accumulate enough box office in roughly 11 days to compete. Boy, were we wrong, eh?

And yes, we are not including it on our list this year because we want the list to only feature movies released in 2010. Suffice it to say, Avatar will probably earn about $300 million in 2010 alone, easily making it in the top 10 grossing movies in terms of money earned in 2010.

That's what Tim and I like to call a caveat to cover our collective backsides around this time next year when we are reviewing this list. So, without further ado, here is our attempt to name the top 10 grossing movies released in 2010.

So, how did we do? What movies would you add/subtract from this list?