With a headline like that I can pretty much just sit here and recite the alphabet and get the same response. There's a new poster out for the new indie flick Brothers starring a plethora of indie darlings, namely Natalie Portman, Tobey Maguire and Jake Gyllenhaal.

I suppose I can tell you the specifics. Brothers will be in theaters on December 4, 2009. With a poster like this, I'll just consider it an early birthday present.

What do you think of the poster? I don't know much about the story, but given the poster I'm willing to bet that Natalie is in some sort of love triangle with two brothers.

What I wouldn't give to be Tobey Maguire's back for like 5 minutes. 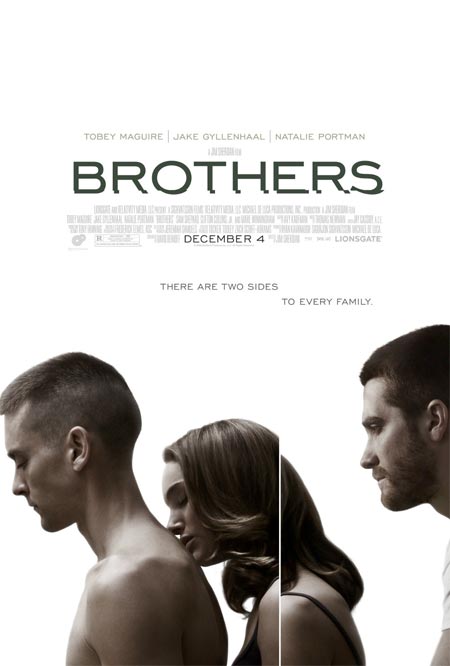