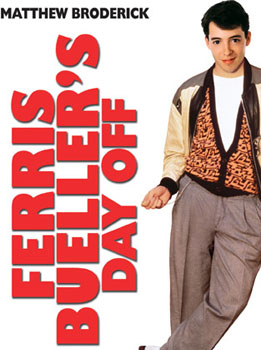 You may be wondering to yourselves right now, what exactly is a movie stinger? Well, weâre glad you asked, because we had no clue what they were either until we started this article.

According to this site (and some other online resources), itâs one name given to those little scenes in movies that play during or after the credits of a movie. Also referred to as buttons, tags and epilogues, it seems that these little gems are showing up more and more in films these days and it got us thinking about them and where they came from.

Some historians trace this practice all the way back to 1903 and The Great Train Robbery. The original film was 13 scenes long with a 14th scene that came with a note that said that the scene could be played before the film or after it or both. The scene in question shows one of the bandits taking aim and breaking the fourth wall and appearing to fire upon the audience. The bandit in question is killed in scene 13, so when played at the end of the movie the 14th scene plays like a true modern day stinger in which the villain rises from his alleged death for one last gasp as it were.

More recently, the first true stinger is usually credited to The Muppet Movie before exploding in the 1980s where the technique was used ad nauseum, usually in comedies, to deliver one last zinger. It seems that the popularity of the stinger is at an all-time high as movies across all genres are using them to show bloopers, set up sequels and to tack on a proper closure to the movie.

This weekend, news reports indicate that Wolverine will contain multiple stingers that will vary with each print. As of press time, there have been at least two different stingers confirmed and only Fox knows how many will be out there. So yes, while this stunt screams of cheap gimmick, it did make us think about all of the those stingers that weâve seen over the years and to compile a list of our top 10 favorites.

Like any subjective list, there are bound to be disagreements and movies that we just plain forgot. Make sure and tell us how we did and point out our obvious omissions. Meanwhile, we now present our top 10 favorite movie stingers.

As you can already see from our last entry on the list, it was a very competitive list to put together. Having the McKenzie brothers round our list just seems about right. The scene comes out about half way through the credits and itâs Bob & Doug on the set of their TV show basically critiquing the credits and explaining what everyone does. The hilarity ensues as they come to realize that they really donât have any clue what most of these guys do.
9

If thereâs one thing that we can be thankful about the Harold & Kumar movies, itâs that they gave us our current associate director in the White House office of public liaison. If there are two things that they gave us it would be that they resurrected Neil Patrick Harrisâ career. Well, at least it appeared that they did until NPH was tragically gunned down outside of a brothel. But, as you can see in the clip below that followed the credits, a few bullets are never enough to keep NPH down for long.
8

Iâll be honest, I wasnât that big of a fan of Napoleon Dynamite. There, I said it. I wasnât even going to include it in our list, but my editor reminded me that a lot of people really love this movie. I said fine, and I will say that the best scene for me was Kipâs Wedding scene which they placed after the credits. They should have led off with this scene in my opinion and told the movie with a non-linear timeline ala Pulp Fiction. Then at least I wouldâve been entertained.
7

This is one of those movies from the mid â80s that was vastly underappreciated at the time. I still find myself throwing it in on occasion. The stinger here is almost setting up a sequel as it shows Professor Rathe taking the surname Moriarty which we all know is Holmesâ arch-nemesis in the book series.
6

All three of these movies are filled with gut-busting scenes that really donât fit anywhere else into the movie. I believe it was The Spy Who Shagged Me that featured Seth Green on Jerry Springer as Dr. Evilâs son. It was priceless and the best of the bunch.
5

This movie was cleverly shot and one of those rare, well-disguised whodunits that really took a hard right turn at the end. Not only are we left with jaws agape when itâs revealed that Neve Campbellâs character is behind it all, but weâre quickly astonished by a sequence of clips during the credits that fill in the gaps with important information we were missing. Sure, the movie as a whole is pulp and nothing more than a vehicle for some sultry action between two hot starlets, but the twist made the movie what it was and they used the credits as effectively as Iâve ever seen.
4

There was a lot of speculation leading up to the release of Iron Man that Samuel L. Jackson would appear in the movie as Nick Fury. Now, Iâm not a comic book fan, but I loved this movie and so I didnât appreciate the significance of him showing up at the end, but I remember thinking it was a great way to top off a movie. Donât believe me? Check it out below.
3

Sure if we were to take each Pirates of the Caribbean on its own, it would dominate this list, but thereâs just something poetic about taking them all as a whole, donât you think? The first movie had the scene that showed the monkey stealing a piece of cursed gold, thus making him immortal for the series. The second movie shows the fate of the dog on the island with the cannibals. While the third movie shows how Will and Elizabeth spend one night every decade or so.
2

Most movies use stingers to have the actors break the fourth wall, but Ferris pretty much breaks it throughout the entirety of the movie, so here at the end of the credits, he decries the audience for still being there. He tells them to go home already. The day is over. A proper end to a great movie.
1

From Clerks all the way up to last yearâs Zack and Miri Make a Porno, Kevin Smith is one of the most ardent users of the stinger. In the original cut of Clerks, some thief comes in and kills Dante which might have provided more closure to the movie, but ultimately it would have robbed us of many other wonder tales in the universe. I personally like the stingers from Mallrats that perfectly sets up Jay and Silent Bob Strike Back in a way with Suzanne.
So, how did we do? That concludes our list for today. What? You feel like weâre cheating you out of the experience if we didnât include our own stinger in the story? Fine, as you wish.
?

This was a movie that we felt had to be on the list if only because the best thing about the movie was the stinger. The added scene alludes to the fact that Professor X didnât die and that he was able to transfer his consciousness to his twin brother. Remember this was a comic book movie, anything is possible. But hey, the rest of this movie sucked, but I knew that if I didnât include this somewhere in the article, Iâd get letters. So, here you go.