'The Matrix' trilogy coming to Blu-ray

The Matrix trilogy is coming to Blu-ray Disc for the first time on Oct. 14. Warner Bros. is releasing all three films, along with The Animatrix, in a 7-disc set.

In addition to trilogy and the animated series of shorts, there will be 35 hours of extras and three exclusive in-movie experiences. No word yet on what these in-movie features will consist of. A disc with the increasingly popular digital download of The Matrix will also be included.

This isn't the first time The Matrix has gone hi-def. Warner released the trilogy in the now defunct HD-DVD format in May 2007. The HD-DVD Complete Trilogy and Ultimate Collection items are no longer available. 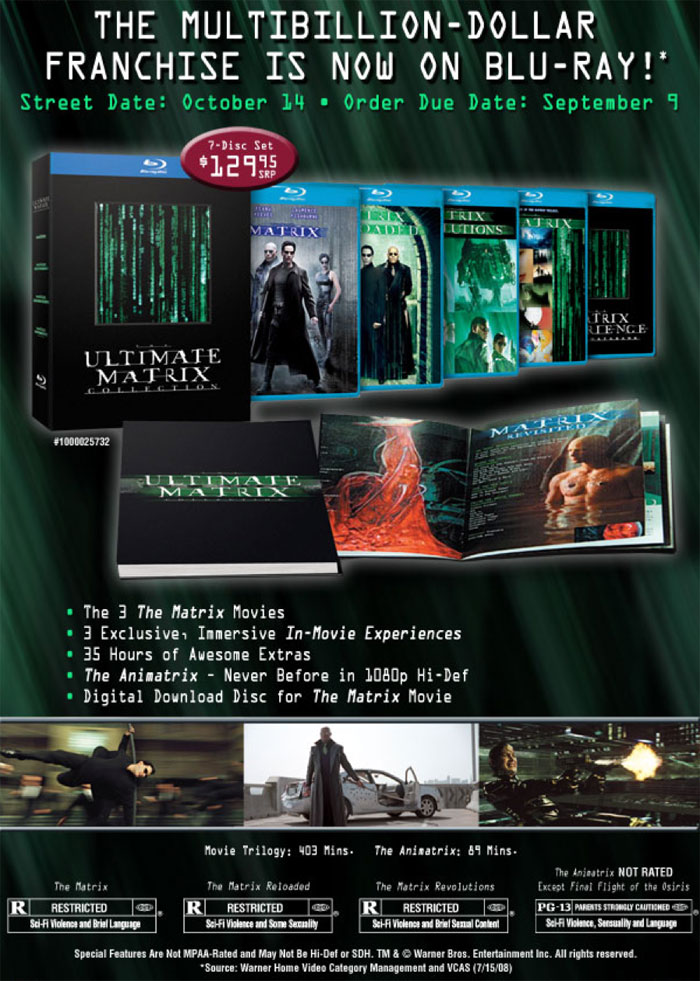