Movies predict the winner of the Super Bowl

There are coincidences and then there are spooky coincidences. This news bit, my friend, definitely falls into the later category.

In the movie I Am Legend, set in the year 2012, the following news story crawls across the TV screen: "Giants lost to Patriots for second time this season, 23 to 7." 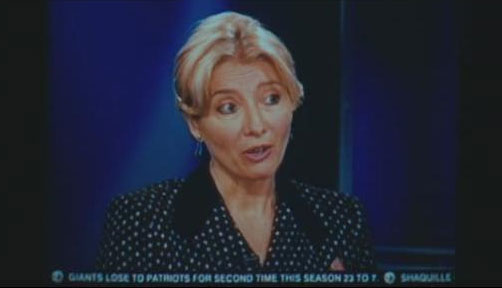 Yeah, it's a little bizarre but consider that the two teams are in opposite conferences and therefore couldn't play twice in one season unless the second game was the Super Bowl.

The main part of the scene is a future story about Emma Thompson curing cancer. I have to think that this will a bit harder to prove true.