Do you remember the teaser poster Lionsgate released for last year's Saw II? The poster of the two severed fingers? Well you either never saw it or you've completely blocked it from your memory.

The MPAA called it too graphic and prevented them from using the image. So in response, Lionsgate simply cropped the fingers so you couldn't tell they were without an owner.

Well, the teaser poster for this October's Saw III is now out. Let's see what kind of response this one gets from the MPAA.

It's not as graphic as the early Saw II shot but it definitely elicits a painful response. 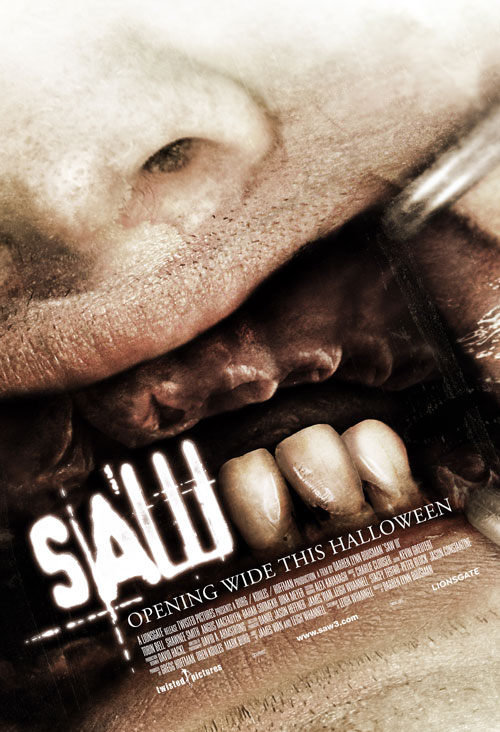