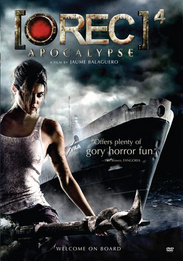 Several hours after the terrible events that ravaged the old building in Barcelona. After the chaos of the first few moments, elite soldiers infiltrated the building to put an end to this nightmare. They thought the mission was a success. Angela Vidal, the young television reporter who entered the building with the firemen just hours before, manages to make it out alive --but no one knows that she carries the seed of the infection within her. When she is taken to quarantine, the high-security isolation facility becomes the perfect breeding ground for the virus to be reborn and mutate into even more deadly forms, setting the scene for unimaginable horrors. The apocalypse has just begun