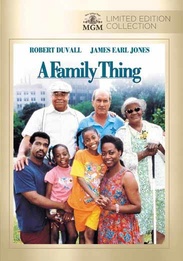 Robert Duvall is Earl Pilcher, Jr., an Arkansas man who is about to discover the surprise of his life: the family he never knew he had. When he learns that he has an African-American half-brother living in Chicago, Earl heads north on a journey that will take him closer to home than he ever could have imagined. It won't be easy, though, since his brother (James Earl Jones) wants nothing to do with him. But with the help of their remarkable Aunt T (Irma P. Hall) and her simple wisdom, the men work through their long-held grudges and prejudices, gaining a greater understanding of each other and themselves.