The Fresh Prince of Bel Air: The Complete Sixth Season 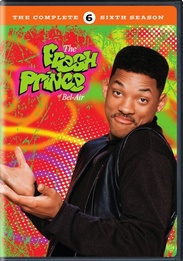 The Fresh Prince's reign is over. Will Smith and the rest of the hilarious cast take their final bows with all 24 Season 6 Episodes on 3 Discs. A lot's happened since Will's life got flipped, turned upside down and he showed up at the Banks's Bel-Air doorstep. And the final season keeps the fun rollin' with hip comedy style, phat one-liners, a not-to-be-missed blooper episode and a fabulous array of guest stars. Right up through the finale, this Prince gives you the royal comedy treatment!