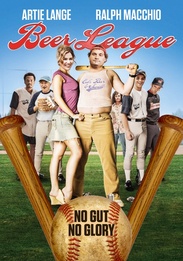 Artie DeVanzo's (Artie Lange, Dirty Work) has no job, no girlfriend and still lives with his mother (Laurie Metcalf, Lady Bird). But he does have two things to look forward to in life: beer and softball. With his best buddy Maz (Ralph Macchio, The Karate Kid), Artie plays on a softball team for Ed's Bar and Swill -- until their brutish behavior threatens to get them kicked out of the league. In order to maintain their place, they'll have to defeat the champions at Manganelli Fitness -- no easy task when their blood-alcohol levels exceed their batting averages.