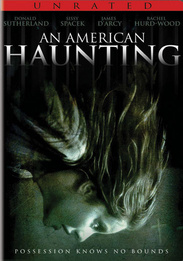 In 1818, the family began to experience disturbances on their property. At first, slight, unexplained noises, but the spirit began to grow, becoming aggressive and singling out the father, John, and his only daughter Betsy.

The family desperately searched for the cause of the spirit in the hope of finding a way of defeating it, but the spirit continued its brutal assault. It developed voices and began speaking to the family, but refusing to say why it was there.

Then, finally it pronounced a death sentence on John. Within a year, he was dead. Shortly, thereafter, the spirit left the family in peace, but never the same.

It would not be until years later that we would be taken back to the terrible night the spirit was born and find out the horrific truth about its nature and origin...