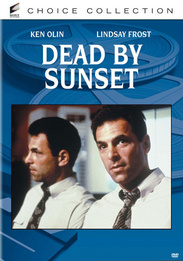 Brad Cunningham (Ken Olin, TV's "thirtysomething") seems to be the perfect catch -- handsome, successful and a loving father. But beneath it all lies a dark secret: that he cheated on his wife (Annette O'Toole, 48 Hrs.), raped her and killed her. When the police start questioning Brad about the murder, they also talk to his new girlfriend, Dr. Sara Gordon (Lindsay Frost, TV's "The Elizabeth Smart Story"). At first Sara defends Brad furiously, but as new information appears, she realizes that she may be involved with a maniac. It is up to Sara to avenge the death of a woman she never knew. Newly remastered.