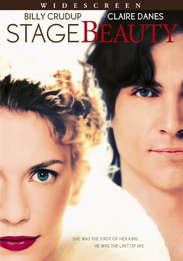 Since women are forbidden to act in 17th century England, Mr. Ned Kynaston became the most popular leading lady of his time.

After the King allows women to appear onstage, Ned finds competition from his former dresser and finds that he has to make a "man" out of himself quickly.